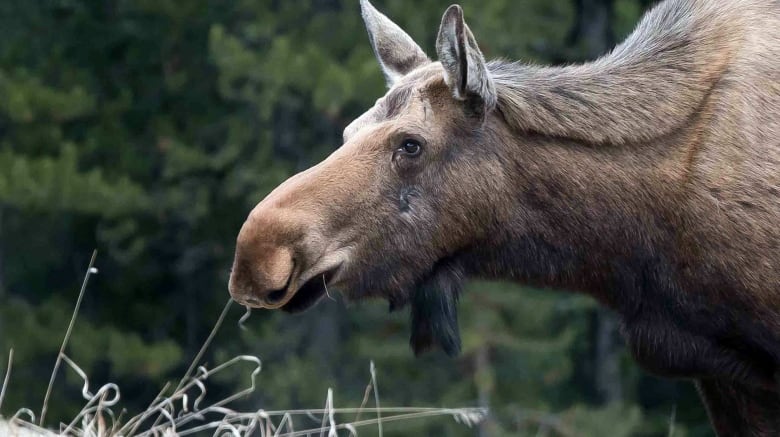 A loose moose created havoc at St. John’s International Airport on Tuesday after jumping a fence and running onto an active runway.

The airport’s wildlife officer responded to a moose sighting in the parking lot area before the animal took aim and used large snow drifts to get over the barrier.

The moose wandered onto runway 34. In doing so it caused for a missed approach for WestJet Flight 3422.

However, not all ended well for the wooded expat.

Officials had to kill the animal on scene due to “the risk to aviation,” according to a statement from the airport.

“The moose was euthanized on scene and flight 3422 was able to land safely,” the statement reads.

The airport said because of the amount of snow St. John’s has seen this winter it has had to enhance patrols surrounding its security fence.

“This gives us the ability to respond to wildlife events in a safe and timely manner.”

This article was first published by CBC News on 10 March 2020.

Obviously the ‘officials’ were too damn idle or lazy to spend a bit of time tranquilizing the moose and relocating it…oh, but never mind, lets just shoot it instead, save all that time and trouble. Shame on the brain-dead, couldn’t be bothered ‘officials’

They could have done something else besides killing the poor moose!!!!!!!! :'(

Murder is murder, name it and shame it