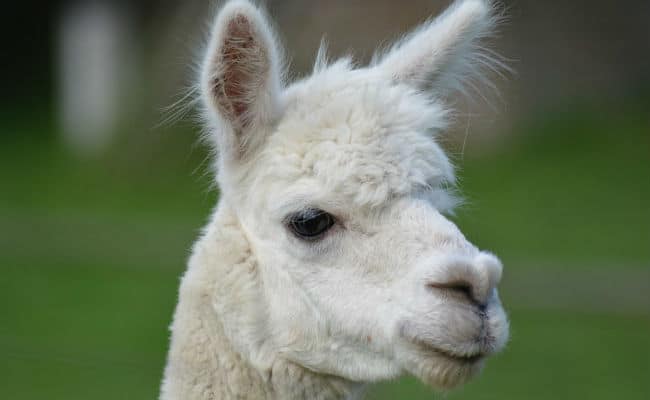 More than 100 exotic animals are being seized from a Canadian zoo after its owner was charged with animal cruelty and neglect.

It was the first time in Canada that a zoo owner was charged with criminal animal cruelty, the Montreal Gazette reports.

And it was the first time in Quebec that animal cruelty charges were laid by way of indictment, which allows for harsher penalties.

Owner Normand Trahan has run the roadside St-Édouard Zoo in Mauricie, Quebec, since 1989, though the zoo has been in operation since 1957.

According to the charges, the alleged infractions took place between May 2016 and October 2018. Affected animals include big cats, zebras, primates, camels and kangaroos.

Montreal SPCA visited the zoo in August 2018 and noted several violations, including concerns over the health of the animals and the state of their living conditions.

Officers returned in October to seize two alpacas who were in particularly poor health. Four other animals were found dead on the property, including two tigers.

Then, in a joint effort between the Montreal SPCA and Humane Society International, officials arrived at the zoo on May 21 to begin evaluating and seizing animals. They will be moved to appropriate facilities across North America.

“There were animals that didn’t seem to have access to adequate food and water, dilapidated enclosures, animals that appeared to be in need of veterinary care,”Humane Society International Senior Campaign Manager Ewa Demianowicz said in a press conference, the Montreal Gazette reports.

And while the animals now are under vet observation, the process of moving them to new facilities could take several weeks. “An operation this big requires a huge number of resources and cooperation, from specialized animal handlers to specialized veterinarians, skilled animal transporters, literally tons of animal feed and equipment,” Humane Society International Executive Director Rebecca Aldworth said.

Although this was the first charge of animal cruelty for Trahan, the zoo had previous violations. Quebec’s Wildlife Ministry confirmed that Trahan had received numerous fines for minor offenses between 2010 and 2016, according to the CBC.

When managed effectively, zoos can be wonderful places of education and conservation that do their best to provide quality lives for animals in their care.

But when they’re not run correctly, zoos can do serious harm to animals. Enclosures can be inadequately sized, not providing sufficient social interaction or activity to keep animals occupied.

The mental and emotional health of these animals often suffers as a result. They can become depressed and may even lash out at their keepers in fear or boredom. Furthermore, these animals bred in captivity would stand no chance of survival in the wild should they be released.

There is a fine line between conservation and cruelty — one that St-Édouard Zoo definitely crossed.

So what happens nowto the St-Édouard Zoo? Since the joint SPCA and Humane Society International visit, 61 animals have been relocated to facilities throughout the region.

The remainder at St-Édouard Zoo will be reassessed after a request from Trahan’s defense lawyer not to remove any more animals at this time.

We hope that a suitable punishment is brought on Trahan, improvements are made at St-Édouard Zoo for the animals still present and that the relocated animals all find good homes.

This article was first published by Care2.com on 1 June 2019.