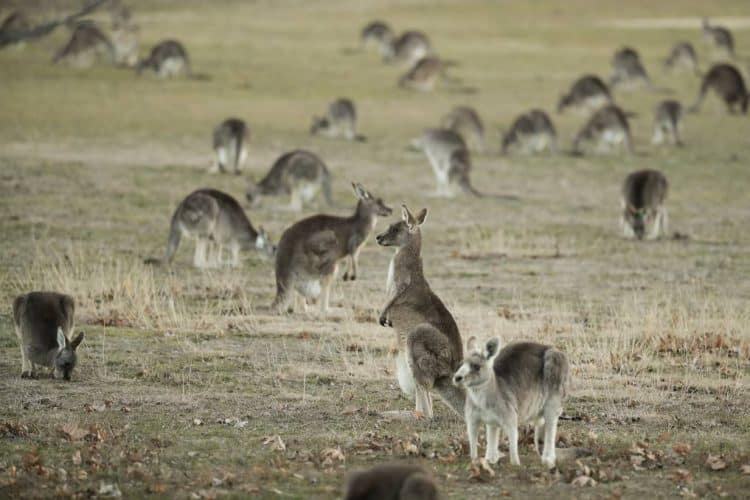 More than 1000 kangaroos will be shot for pet food in the south-west under a new, permanent program that starts today.

Warrnambool City, Moyne, Corangamite and Glenelg Shires are included in the seven “harvest zones” identified by the state government as areas with ‘significant’ kangaroo numbers.

An allocated number of marsupials, 1,865 in the Otway area encapsulating the south-west, will be shot by accredited shooters using a tag system, Agriculture Minister Jaclyn Symes said on Tuesday.

“I reckon it’s great news, it’s good for farmers to get rid of a lot of the kangaroos that are destroying the fences and eating the pastures, and it’s great for motorists because there will be less kangaroos on the road to worry about,” he said,

“When there’s plenty of grass you don’t notice them but when you start harvesting and things dry out, that’s when they have an impact on the amount of feed that you have in a paddock.

“It will help, it won’t solve the issue but it will be a big help.”

Cr Doukas hoped the program would lead to a more permanent solution to the pest problem.

“Hopefully in the future there will be something more permanent, something to do with kangaroo meat for human consumption. At the moment all our kangaroo meat is imported from interstate.

“It would be good because you’re then managing the number of kangaroos with a structure in place and controlled cull means no meat is going to waste.

“It’s not going to wipe out the kangaroo population, that will never happen, but it will ease the burden on farmers and on motorists.”

The councillor said those who oppose the cull should support farmers.

“To those people I’d say put your hand in your pocket and compensate the farmers for the damage they do,” he said.

“In a good season they breed like no wildfire. Unless there’s a cull they get out of control.”

The new program is administered by the Department of Jobs, Precincts and Regions, and includes strict safe-guards to ensure harvesting is carried out at a sustainable level, that animal welfare standards are met, and that the livelihoods of local farmers are protected.

“The program balances the need to keep kangaroo populations at healthy levels and ensure farmers aren’t being overrun by roos who can eat crops, damage property, and compete with stock for feed and water,” Ms Symes said.

The program replaces a trial, which ran for the past five years and helped to design the permanent program.

This article was first published by The Standard on 1 October 2019.

If they feel this is effective, shouldn’t the species doing the most damage be culled?

Assassins. Murderers. You should be shot