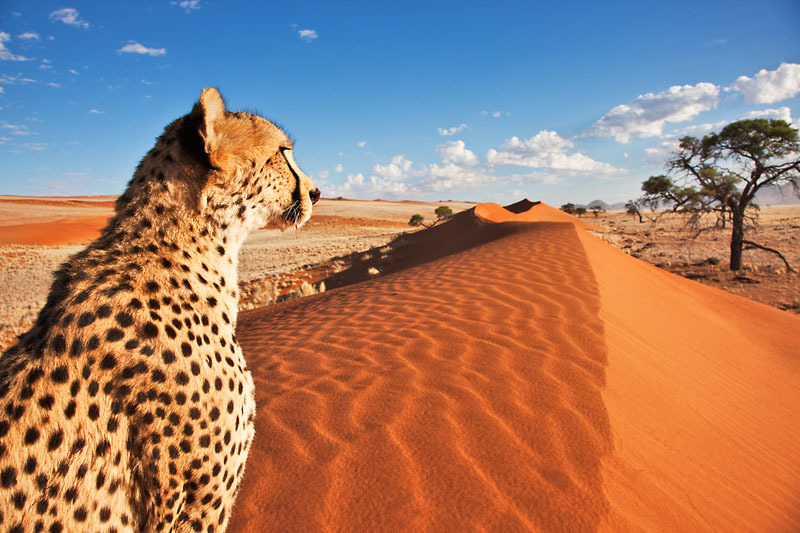 The Namibian President, His Excellency Hifikepunye Pohamba, is being presented today with a WWF Gift to the Earth Award – the second the country has received – by Chief Emeka Anyaoku, former President of WWF International. The ceremony is taking place in the Namibian capital Windhoek on the occasion of the Adventure Travel World Summit.

Over the past two decades, the people and government of Namibia in South-West Africa have developed a communal conservancy movement, whereby local communities are fully involved in the ownership and management of their natural resources and wildlife – for the benefit of people and nature alike.

“Namibia’s achievements are impressive and inspiring,” said Jim Leape, Director General of WWF International. “I congratulate President Pohamba, the Namibian government and support organizations, and all the dedicated local community members who have demonstrated the concept of people living in harmony with nature, WWF’s global mission.”

There are 79 communal conservancies – community wildlife management units – across Namibia, covering one fifth of the country’s land and involving one in ten of its citizens.

Wildlife populations in conservancies – such as zebra, oryx, giraffe, buffalo and lion – are recovering, providing the basis for successful environmentally responsible tourism ventures and the sustainable use of wildlife. The poaching of elephants and rhinos has also been dramatically reduced.

“The strong commitment to nature conservation of the Namibian government and people is truly unique,” said Jim Leape. “Namibia was the first country in Africa to enshrine conservation in its Constitution, and almost half of its land is under some form of conservation management.”

“Namibia’s empowerment of rural communities to manage their wildlife resources – while providing incentives for them to do so – is visionary.”

Countries across Africa, Asia and Latin America are now studying the Namibian model of communal conservation to learn how they might apply it themselves.

The Gift to the Earth is WWF’s most prestigious Award for governments, companies or public sector institutions.

This article was written for and published by WWF Global.

Seals are doing well, but the protected status is leading to a Ecelphlic Spongiform disease in several species.

they may be doing well in some parts, but what about the thousands of seals that are slaughtered EVERY year??