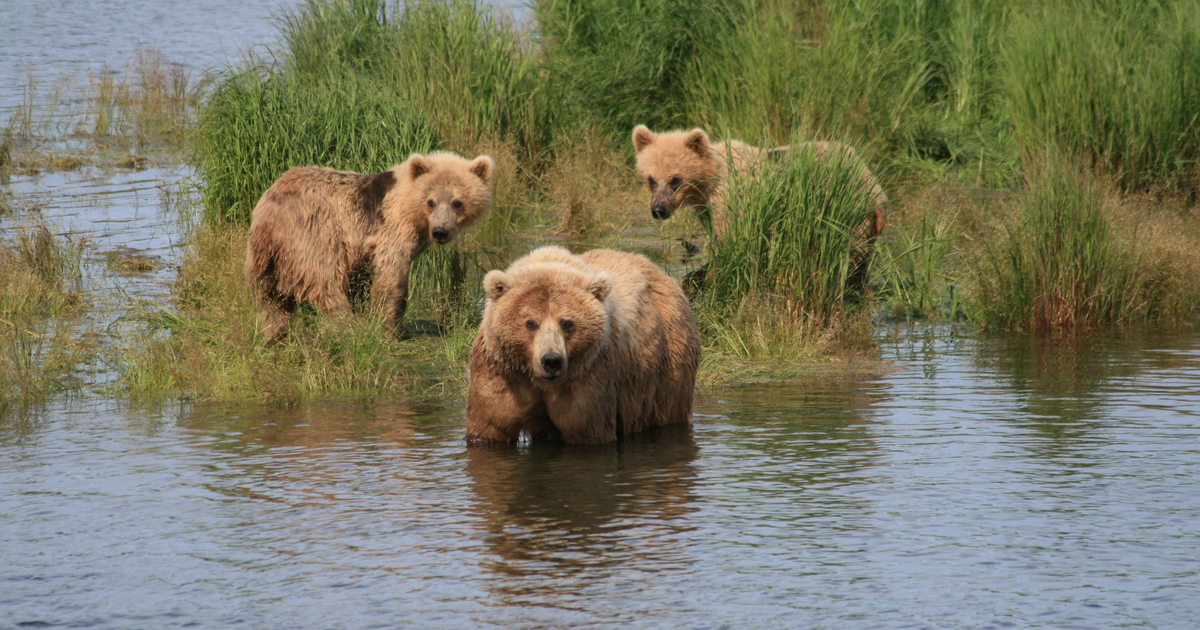 Just as America embraces the reopening of National Park Service (NPS) lands, including both national parks and preserves, the Administration is dealing a devastating blow to native wildlife populations across some of our country’s most pristine and ecologically significant wildlands.

ANPS policy that was finalized last week will allow for the killing of iconic animals including grizzlies and wolves—as well as their young—on millions of acres of federal preserve lands across Alaska starting next month.

Specifically, it eliminates 2015 restrictions on extreme and ecologically unsound hunting methods including killing wolf pups and mothers at den sites, having dogs chase down and terrorize bears, and using artificial lights and bait to lure bears to kill sites.

The special-interest proponents of this regulatory change claim that wildlife management on these public lands is a matter of “states’ rights.” Setting aside the fact that federal agencies’ authority to manage federal lands across the fifty states has been reaffirmed countless times, this argument ignores other core “rights” that are at issue in this debate.

Among these are the rights of non-consumptive users—those who visit these protected lands to view wildlife, hike, photograph nature, and enjoy the landscapes’ unique ecology.

And we must not forget our shared right to connect with nature and enjoy wildlife that is protected and managed on public lands.

This will help ensure that generations to come will also have the opportunity to see iconic species that inhabit these same national preserve lands.

Consumptive users, however, also stand to lose when this regulatory rollback goes into effect.

There is the issue of the rights of responsible sportsmen—those who hunt and fish in a balanced environment relying on fair chase principles.

Proponents of the policy change argue that they are aligned with hunters and outdoorsmen, but the truth is that hunting and fishing were already permitted on Alaska’s preserves.

The NPS restrictions that are being rolled back did not ban hunting; they simply limited the most inhumane, indiscriminate and unsporting practices.

Finally, do we not owe our nation’s treasured wildlife a degree of responsibility? Or at least enough compassion to spare them from some of the cruelest fates imaginable: being shot after a grueling hound chase or being slaughtered alongside their young in their dens, leaving pups to starve?

IFAW has long fought to safeguard wildlife and public lands across the U.S., and has supported protections against cruel and unsportsmanlike hunting practices.

In the wake of this disappointing policy shift, we will continue to pressure the Administration and Congress to stop the ongoing effort to roll back laws and regulations that protect animals and habitats across the nation, including the Endangered Species Act and the National Environmental Policy Act.

With your support, we will remain a strong voice for animals and wildlands, even in the face of such adversity.

This article was first published by ifaw.org on 17 June 2020. Lead Image: © Kathleen Betters.

Typical of our wonderful politicians. They could care less about animals. At this rate there won’t be any years from now. They will all be extinct

What is their excuse for allowing this?

Who can imagine someone would destroy this sacred and divine image? WHO, only born assassins, cold hearted and sadists