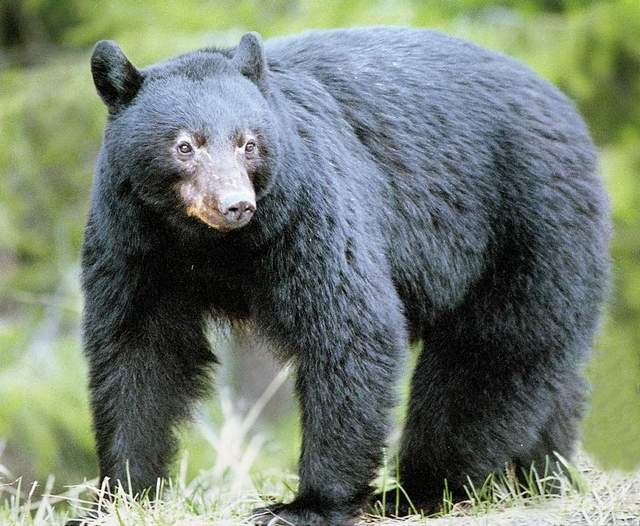 With an increasing population and possibly attracted by an improving landscape, Nevada’s black bears may be on the march east to parts of Nevada’s interior where they haven’t been found for decades, according to a new report by scientists.

The bears’ return to historic range in the Silver State is highlighted in a study published Tuesday in the on-line version of The Journal of Wildlife Management.

The study authored by Carl Lackey of the Nevada Department of Wildlife, Jon Beckmann of the Wildlife Conservation Society and James Sedinger of University of Nevada, Reno suggests bears are roaming in a search for new digs along rugged mountain ranges in central and eastern Nevada.

“It appears that bears are naturally making their way into some of that historic habitat,” Lackey said. “Black bears once roamed clear across Nevada. Everywhere you look at today and think bears could probably live in, they probably did at some point. It appears that some of them are going back.”

Examining historical records and newspaper accounts dating back to the 1840s, Lackey and colleagues determined that black bears – as well as grizzly bears – were reported through much of Nevada historically.

Black bears disappeared from Nevada’s interior ranges by the first or second decade of the 1900s due to a combination of excessive hunting by pioneers and the clear-cutting of forest habitat, the report concludes.

The last report of a grizzly in Nevada occurred in 1930, eight years after the animal was declared extinct in California, the report said.

Human-caused changes combined to force bears to the western edge of the state, where they became concentrated in areas where they are mostly commonly found today – the Carson Range near Lake Tahoe and other western ranges including the Pine Nut Mountains, Pine Grove Hills, and the Virginia, Sweetwater and Wassuk ranges, Lackey and colleagues said.

“We were able to kind of rebuild what that historical distribution was,” Beckmann said. “To me it was kind of surprising to see the records that came from even the central part of the state.”

“Now we know what black bear distribution could be in Nevada,” Beckmann said. “It puts the current distribution in context.”

Beginning in 1988 and ever since, black bears began showing up in areas they hadn’t been seen over the previous 80 years. They’ve appeared in Fallon, Tonopah, Schurz, in the town of Jarbidge. Last year, a bear made an appearance in the historic boom town of Goldfield west of Nellis Air Force Base. A mother and two cubs were reported in the Ruby Mountains of eastern Nevada.

Between 1988 and 2012, black bears showed up in places they once existed but hadn’t for decades at least 16 times, the report said. Four of these bears – three males and one female – were captured.

All were young, two to three years old, with one possible explanation for their movement that they were wandering in search of competition-free space, the report said.

They may be doing so because their population is on the rise, with the report suggesting an existing bear population of about 260 animals is increasing at an average rate of 16 percent annually. Another factor could be the regeneration of forested habitat logged long ago, making parts of the historic range more attractive today.

“Our results suggest that regeneration of the habitat and an increasing population of black bears may be contributing to the geographic expansion of the species into historical habitat in the Great Basin where bears have been absent,” the report said.

“It’s hard to say which one was more responsible. It really was a combination of both,” Lackey said.

Could black bears become re-established across Nevada in any degree close to what existed 150 years ago? That could come down to a sociological question as much as a biological one, Lackey and Beckmann concurred.

The idea would likely have to have the support of livestock operators of the type that killed bears indiscriminately during early pioneering days, Lackey said.

“The public will have to decide whether they are willing to have bears,” Beckmann said. “It’s definitely possible bears could come back to the mountain ranges throughout the Great Basin. It’s not going to be a fast process. It’s going to take some time but it’s definitely in the realm of possibility.”

This article was written by Jeff DeLong and published by the Reno Gazette Journal.