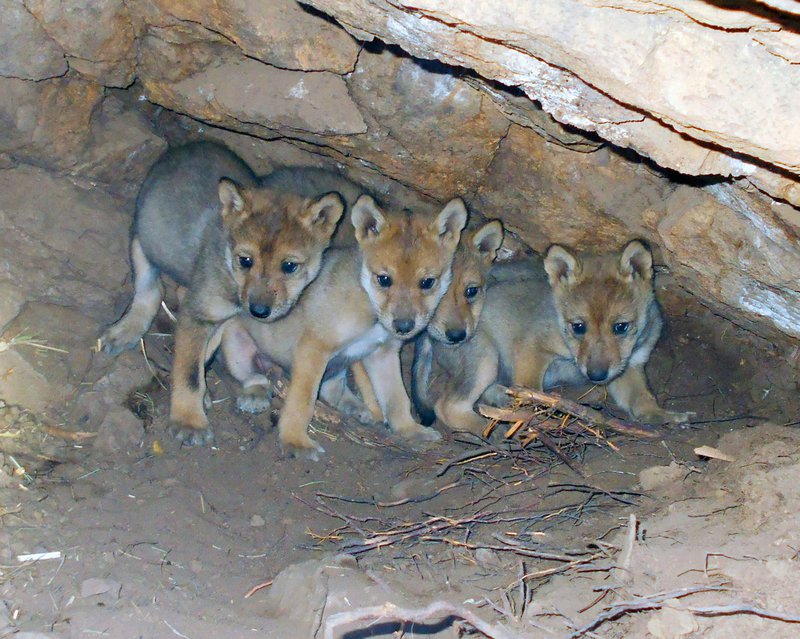 SILVER CITY, N.M.— A pack of endangered Mexican gray wolves has been eliminated in the Gila National Forest through a combination of private trapping and federal shooting on behalf of the livestock industry.

Conservationists learned today that the Prieto pack’s nine-year-old alpha female died in federal custody on April 25 and that a yearling has fled dozens of miles from his natal range. These events follow the federal shooting in March of the alpha male and a pup, and the trapping, maiming and/or deaths of seven other pack members during 2018 and 2019.

“This latest incident is the cruel final blow to the Prieto pack, which struggled for two years to survive the Fish and Wildlife Service and avowed wolf-haters in the livestock industry,” said Michael Robinson at the Center for Biological Diversity. “We’ll do everything in our power to end the policy of looking the other way on so-called ‘accidental trapping’ of wolves. It’s crucial to stop the federal government’s sickening program of wolf trapping and shooting.”

The alpha female was caught in a privately set trap on April 24. When notified of this, the U.S. Fish and Wildlife Service decided to take the wolf into captivity because the pack was deplored by local ranchers, even though she showed no significant injuries and no removal order was issued for her. The wolf died the next day of apparent capture myopathy, a stress response in which the body overheats.

The alpha female was the granddaughter of one of the first wolves released in 1998, who also died of capture myopathy after federal capture in 2005.

A male and a female wolf of the Prieto Pack were trapped in December 2018, resulting in the death of the female and causing the male to lose a leg and his freedom.

Following those losses, the pack began preying on livestock. In February 2019 another pack member was found dead, and in March 2019 the government trapped and removed two more; one was later released and is now a lone wolf in the wild.

In November two more wolves were trapped by private parties. One wolf was taken into federal custody, and the other was seen dragging a trap on its paw. This wolf was later seen with the trap gone but part of its paw missing, and has not been located in recent months. And in March federal agents shot the alpha male and a pup.

“The government is supposed to be recovering these endangered animals but is far too cavalier with their lives,” said Robinson. “Though the feds claim they’re looking at the population as a whole, this recurring mismanagement is precisely why the Mexican wolf is in worse genetic shape now than when reintroduction began more than two decades ago.”

The Fish and Wildlife Service currently has an open comment period through June 15, to determine the scope of issues to be considered in the course of a court-ordered revision in its 2015 Mexican wolf management rule that must conclude next May.

This article was first published by The Center for Biological Diversity on 20 May 2020. The Center for Biological Diversity is a national, nonprofit conservation organization with more than 1.7 million members and online activists dedicated to the protection of endangered species and wild places. Lead Image Source: Prieto pack litter from 2016. Photo courtesy of USFWS