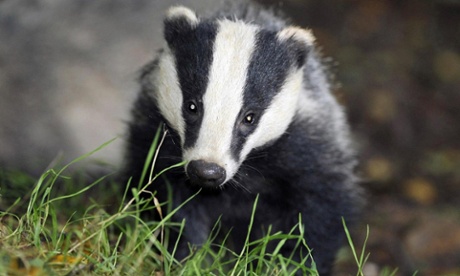 The culling of badgers to tackle tuberculosis in cattle has been given the go-ahead in two pilot areas for a second year. Natural England has issued authorisation letters for a new round of culling in Gloucestershire and Somerset, confirming that the criteria for allowing the second year of the four-year schemes had been met.

Six weeks of culling between June 1 and January 31 each year are allowed under the licences, with those carrying out the cull deciding on the start date.

The government and farmers insist that culling is necessary to tackle TB in livestock, which saw more than 26,000 cattle slaughtered in England last year, but opponents say it is inhumane and ineffective and alternatives such as vaccination should be pursued.

An independent report by an expert panel into the first year of culling found that “controlled shooting” – shooting of free-running badgers – could not deliver the level of culling needed to bring about a reduction in TB in cattle and was not humane.

The authorisation letters from Natural England have been issued as the high court considers a challenge brought by the Badger Trust against the government’s decision to dispense with monitoring of the cull by the independent expert panel.

The Badger Trust is seeking a ruling that this year’s controlled shooting of free-roaming badgers in Gloucestershire and Somerset should not be allowed to go ahead without a panel.

Natural England said it had worked closely with the Department for Environment, Food and Rural Affairs (Defra) and the Animal Health And Veterinary Laboratories Agency (AHVLA) to develop a robust monitoring regime for this year’s culls.

A government-approved training programme has been put in place to improve the accuracy of shooting badgers, and Natural England will monitor shooting in the field in 60 cases.

Vets from AHVLA will carry out post-mortems on at least 60 randomly selected badgers from each cull area to assess the accuracy of controlled shooting.

Natural England also said that, in light of advice from the independent expert panel on the difficulties in estimating badger populations, it would keep the minimum number of badgers to be culled under review.

The authorisation letters have been issued after the companies holding the licences have formally advised Natural England that sufficient funds are in place to complete the cull, the dates from which culling will take place and the people authorised to carry it out.

The targets for the numbers of badgers to be killed have been set to reduce the population of the mammal by 70% in each area, the level that experts have said is needed to reduce the rate of TB in cattle.

Last year, just 48% of the estimated badger population in west Somerset was culled by a combination of shooting free-running badgers and trapping and shooting animals, and 39% in Gloucestershire, in the original six-week period assessed by the panel.

Experts warn that a failure to cull enough badgers could lead to an increase in bovine TB in cattle herds.