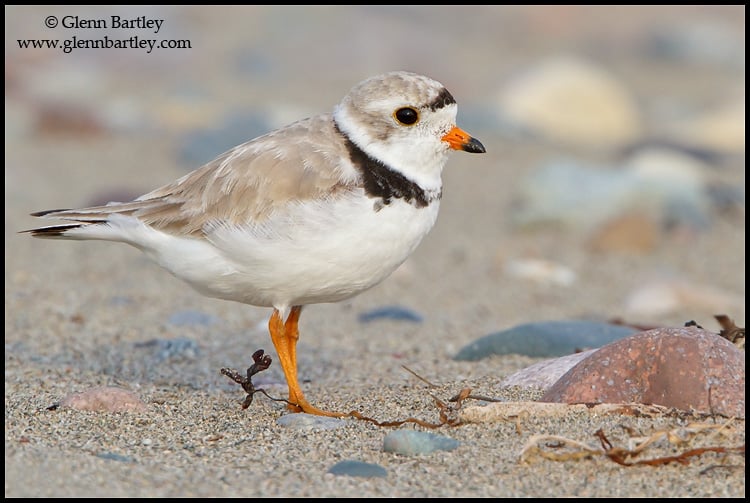 The National Park Service has published the final rule on the contentious issue of off-road vehicle (ORV) use at North Carolina’s Cape Hatteras National Seashore following a seven-year process which had prompted a lawsuit from several conservation organizations.

Hatteras was designated as the nation’s first National Seashore in 1953. In recent years, it has experienced high-intensity off road vehicle use that can impact a variety of wildlife species, including several species listed under the Endangered Species Act, such as the Piping Plover, seabeach amaranth, and three species of sea turtles that are found within the park.

The Park Service’s new rules allow ORV use on the majority of the seashore, with 28 of the seashore’s 67 miles of shoreline set aside as year-round ORV routes, and 13 miles seasonally open to ORVs. Only 26 of shoreline are designated as year-round vehicle-free areas for pedestrians, families, and wildlife. The plan also proposes new parking facilities, ORV ramps, and water shuttles to increase visitor access to beaches.

“Piping Plover populations have been hard hit in many areas, particularly in recent years at Cape Hatteras. Their nests are hard to see while driving on the beach so protection measures are absolutely necessary,” said George Fenwick, President of American Bird Conservancy. “These rules should not prove onerous to the ORV community, but will result in considerable benefit to the plovers.”

Beach-nesting birds and sea turtles reached alarming lows within the National Seashore under the old unmanaged beach-driving scenario, but showed signs of recovery after temporary rules were implemented in April 2008. No piping plover chicks survived to fledge (learn to fly) in 2002 and 2004, but 15 chicks fledged in 2010 and ten fledged in 2011. Only 44 sea turtle nests were recorded in 2004, but a record-breaking 153 sea turtle nests were recorded in 2010 and 147 in 2011.

The new rule was published in the Federal Register on January 20 and can be found at www.federalregister.gov. It designates ORV routes at the Seashore, establishing requirements to obtain a permit, and imposing date and time and other restrictions related to operation of ORVs, including vehicle and equipment standards.

New rules ordinarily go into effect no less than 30 days after publication in the Federal Register, however, the Park Service has found that good cause exists to truncate this period, and has brought the date forward to February 15. By this date, the public will have had 415 days’ notice of the decision (the Record of Decision was made available on December 28, 2010) that forms the basis of this rule, so further waiting would not appear to be necessary. Further, the shorebird breeding season at the Seashore begins in early March. The Park Service determined that implementation of the rule would be most effective if the designated ORV routes and ORV permit and education requirements were implemented, and signs reflecting the new requirements were installed, prior to the start of this year’s breeding season.

A permit will be required for each vehicle, with permit holders required to watch an instructional video. Permit fees have not been announced, but are expected to be set between $30 and $150 depending on the length of the permit.

Presidential Executive Order 11644, Use of Off-road Vehicles on the Public Lands, was issued in 1972 in response to widespread and rapidly increasing off-road driving on public lands. Section 3 of that order required agencies to develop and issue regulations and instructions to designate specific areas or trails on public lands on which the use of off-road vehicles may be permitted, and of areas in which the use of off-road vehicles is prohibited.

Following that order, ORV use at the Seashore has been managed through various draft or proposed plans. However, none was completed or published as a regulation. Motivated in part by a decline in most beach nesting bird populations on the Seashore since the 1990s, in July 2007, the Park Service completed the Cape Hatteras National Seashore Interim Protected Species Management Strategy/Environmental Assessment to provide resource protection guidance with respect to ORVs and other human disturbance until the long-term ORV management plan and regulation could be completed.

In October 2007, a lawsuit was filed against the Park Service and the U.S. Fish and Wildlife Service by Defenders of Wildlife, National Audubon Society, and the Southern Environmental Law Center challenging the Interim Strategy. The lawsuit alleged the federal agencies had failed to implement an adequate plan to govern off-road vehicle use at the Seashore that would protect its natural resources while minimizing conflicts with other users. It also alleged that the agencies failed to comply with the requirements of the Executive Order and Park Service regulations regarding ORV use. The lawsuit was resolved in April 2008 by a consent decree that provided for interim ORV management agreed to by the plaintiffs, the federal defendants, and the intervenors, Dare and Hyde counties and a coalition of local ORV and fishing groups.