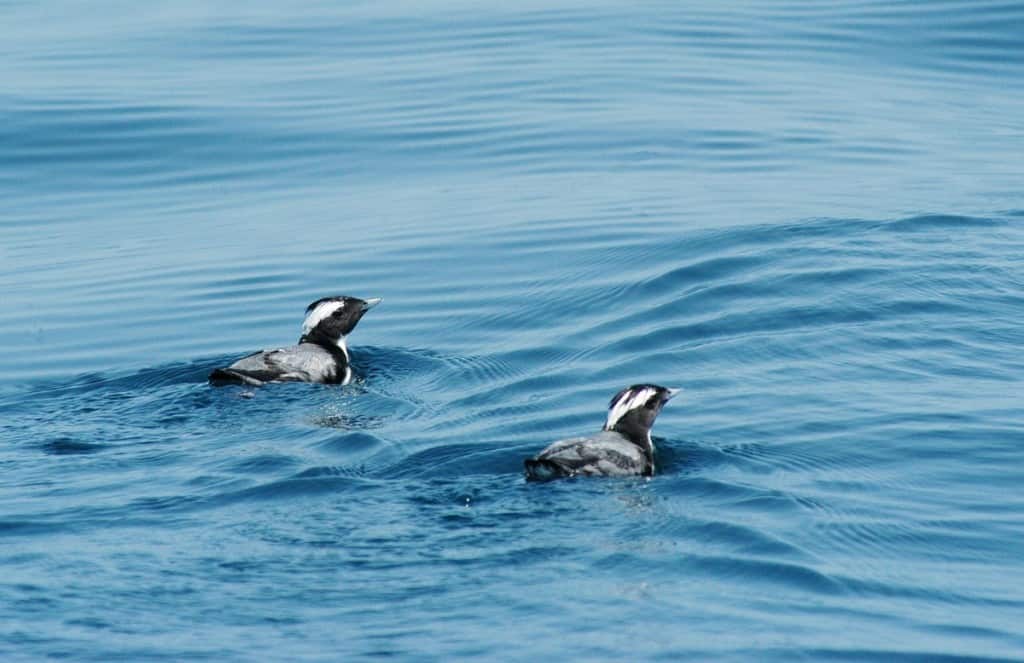 A recent study led by the Wild Bird Society of Japan (BirdLife Partner) has found that the Izu Islands, on the Pacific side of Japan, hold the second largest concentration of the threatened Japanese Murrelet Synthliboramphus wumizusume (Vulnerable).

Extensive surveys have been conducted since 2009. Around 500 Japanese Murrelets were recorded on the islands each year (the highest count being 547 birds recorded in May 2011).

From these surveys it is estimated that the area supports at least 1,000 birds, making it the second biggest concentration of this species, after the Birojima Islets of Miyazaki Prefecture, Kyushu, which has an estimated population of 3,000 birds. Six new breeding sites have also been confirmed, mostly from small uninhabited islands.

The global population of Japanese Murrelet is believed to be only 5,000 to 10,000 birds.

Wild Bird Society of Japan has been working on Japanese Murrelet since 1994. From 1995 to 2000, 27 surveys were conducted near Miyake-jima (also in the Izu Islands), only to be interrupted by a volcanic eruption in the summer of 2000!

Japanese Murrelet is threatened mainly by invasive predators such as rodents on its breeding islands, and crows that are attracted to discards by fishermen. Bycatch in gill nets and oil spills also threaten this species.

In 2010, two uninhabited islands in the Izu chain, the Tadanae-jima and Oonohara-jima, both supporting breeding populations of Japanese Murrelet, were designated as national protected areas. WBSJ aims to use the results from these latest surveys to advocate establishment of more protected areas, to help achieve the Aichi Targets set at the Convention of Biodiversity meeting in Nagoya in 2010 that require 10% of marine areas to be protected by 2020.

This post was written by WBSJ – who has written 1 posts on BirdLife Community. BirdLife comprises more than 100 conservation organisations working together to promote sustainable living as a means to conserve biodiversity. The Wild Bird Society of Japan is the BirdLife Partner in Japan.