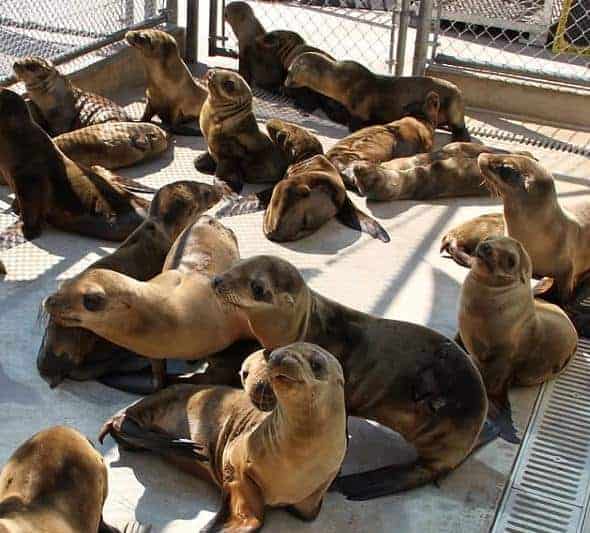 Beginning in January 2013, unusually high numbers of stranded California sea lion pups have been observed on the Southern California coast. Marine mammals naturally come ashore along our beaches if they are sick, wounded, or injured. This year, pups have been washing up with obvious signs of emaciation, dehydration, and low body weight for their age class, and no one knows why.

These elevated stranding numbers have led NOAA to declare an Unusual Mortality Event (UME) under the Marine Mammal Protection Act of 1972, which means that the California sea lion strandings meet one of the seven criteria outlined by NOAA to be considered “unusual.”

To follow protocol for an Unusual Mortality Event, an investigation team of independent scientists will be assembled to review data from the event and determine the next steps. In addition to extra support from the scientists and NOAA, if a stranding event is declared a UME, additional funding from the National Contingency Fund is sent to aid the investigation. There are currently no unusual stranding patterns reported in other marine mammal species that inhabit the same area. The long term analysis of the data may continue for months or even years after the UME to determine the cause and effects of these unusual strandings.

Always remember, if you see a stranded animal on the beach, do not approach it. Instead, notify lifeguards, the stranding network, or local authorities that are all trained to handle injured and sick wildlife without causing further harm.