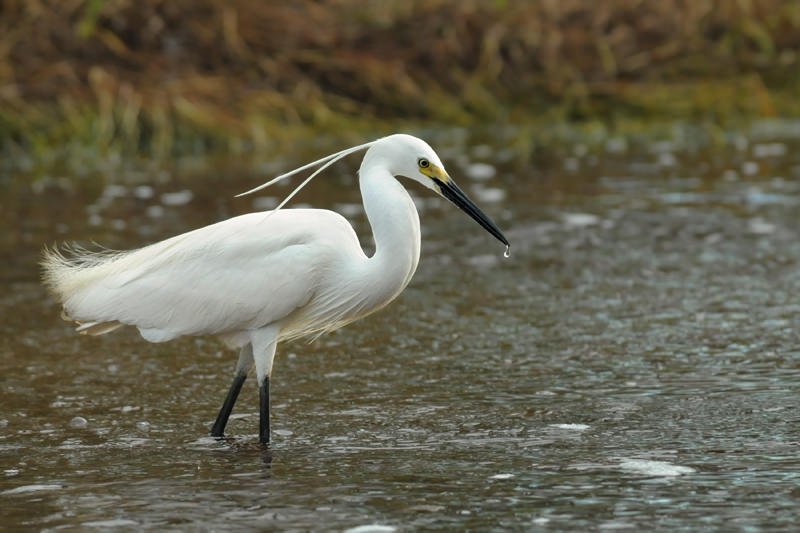 Fogg Dam is one of those places that you get excited about during the planning stage of your trip and it still ends up exceeding all of your expectations when you finally visit it.

The dam was created to turn the surrounding area into rice paddies. The project that was later abandoned and now the resulting wetlands provide much-needed refuge for an astonishing variety of wildlife.

By the time we arrived at Fogg Dam we were already quite spoiled by the abundant wildlife watching opportunities that the Northern Territory has to offer, but what we saw at the dam was a true wildlife spectacle. Dozens of Little, Intermediate and Great egrets, Pied herons, Glossy ibis, Royal spoonbill, Little black and Little pied cormorants, Raja shell ducks, Comb-crested jacanas, Australian darters and Jabiru storks were feeding in the shallows. Egrets and herons were still spotting their impressive breeding plumage.

With so many birds feeding within a small area the tension was high and territorial disputes were frequently erupting. Egrets were the most feisty feeders and mainly quarreled withtheirconspecifics.

Some of the conflicts required the help of an independent referee, such as a Pied heron.

And sometimes the referees got more trouble than they bargained for…

Most birds however played nicely – there seemed to be a lot of food to go around.

Once the darkness falls Fogg Dam metamorphoses into a different world, dominated by snakes and rodents. The reserve supports a large population of Dusky rats (Rattus colleti), that are hunted by an equally large populations of Water pythons (Liasis fuscus) and Olive pythons (Liasis olivaceus). Fogg Dam is known for supporting the highest biomass of any place on earth. The rats are difficult to see, we haven’t seen any in the three nights we spent spotlighting at the Dam. The pythons on the other hand, are difficult to avoid, as they reign unchallenged over Fogg Dam’s night scene.

During the wet season Saltwater crocodiles (Crocodylus porosus) move into the Fogg Dam area from Adelaide river. Their eye-shine is so big, that it discourages you from leaving the safety of your vehicle on the dam wall.