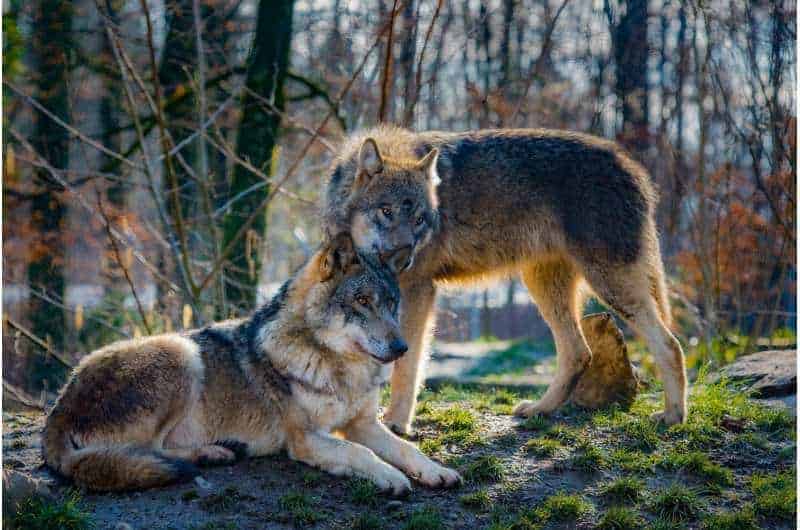 The Norwegian government has issued a last-minute reprieve for 32 of the 47 wolves that had been earmarked for a cull to protect sheep flocks.

The plans to kill two-thirds of the country’s wolves caused outrage among conservationists at home and abroad when they were announced by local predator management boards in September, with warnings the cull would be disastrous for the species.

But on Tuesday Vidar Helgesen, minister of climate and the environment, refused to sanction the cull, saying lawyers at the justice ministry had concluded it would contravene domestic biodiversity legislation and the international Bern convention.

The laws state that culling of endangered predators – there are an estimated 68 wolves in Norway – can only be granted if there is a satisfactorily documented risk of damage to livestock. This proved not to have been the case with 32 wolves from four packs in the county of Hedmark.

The other 15 animals which will still be hunted are young lone wolves which range over greater distances and are more prone to killing livestock, and environmental groups have not objected to these being culled.

“This is a great day and the best Christmas present you could wish for,” said Nina Jensen of WWF Norway. “At last the government has shown that Norwegian wolves also have protection in law. It is a protected species that is critically endangered and has a natural place in Norwegian fauna.”

Today’s pardon for the 32 wolves caused surprise among both the conservation and hunting lobbies, as the government had been expected to support the cull. More than 300 hunters who were cooperating with the police and the county governor to prepare for the hunt, due to start on 2 January, now have to put away their guns.

“This was a surprising decision based on odd reasoning,” said Arnfinn Nergård, director of the predator management board in Hedmark county.

The framework for predator management has been set by parliament, with local predator management boards setting hunting and culling quotas when population targets have been achieved. The final decision for a cull, however, is given by the government.

The rejection of sanctioned culls, coupled with continuing rural community concerns over wolves, has raised the prospect of illegal poaching.

Nergård declined to comment on the possibility of poaching, but said the wolf population has recovered considerably after six local poachers were imprisoned in an unprecedented case two years ago. “This may suggest that extensive poaching was taking place,” he conceded.

Environmental groups attribute their victory not only to the wolf’s iconic status, but also to more than 70,000 Norwegians who signed a petition protesting against the proposed culling. Helgesen received close to 7,000 emails in both Norwegian and English, and the story made headlines around Europe.

“It proves that pressure from environmental groups and public opinion matters,” said Silje Ask Lundberg of Friends of the Earth Norway. “Predator management in Norway has not always been based on sound knowledge. The Berne convention clearly states that endangered predators can only be culled if the individuals have been proven to cause extensive damage.

“That has not been the case with these wolves who over a period of six years have only been documented to kill 10 sheep, and that was due to a hole in a fence.”

This article was first published by The Guardian on 20 Dec 2016.