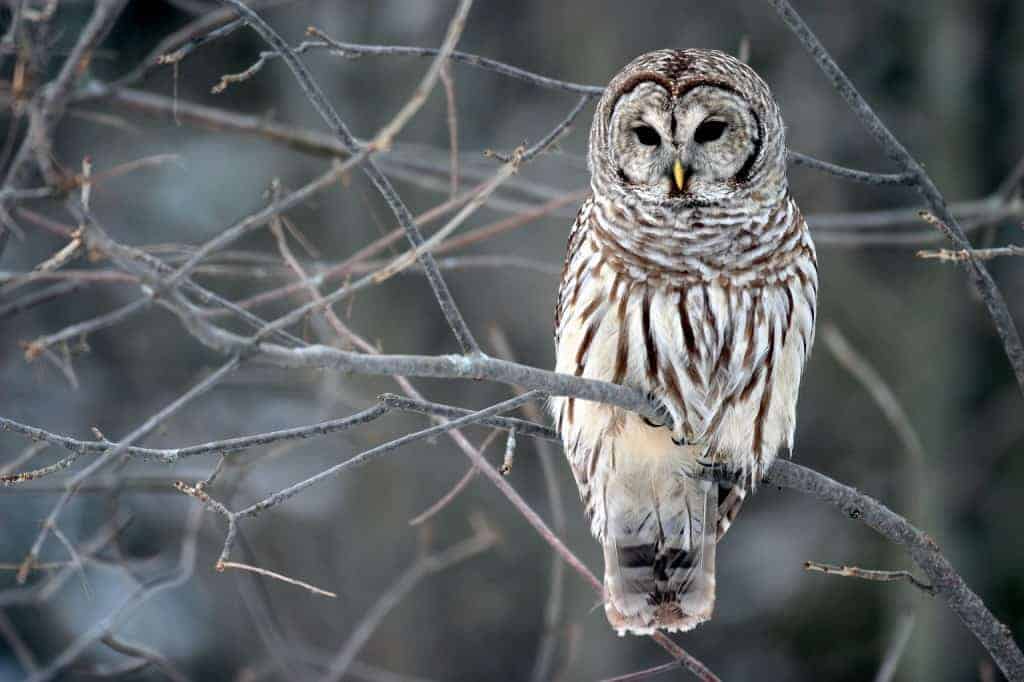 To save the imperiled spotted owl, the Obama administration is moving forward with a controversial plan to shoot barred owls, a rival bird that has shoved its smaller cousin aside.

The plan is the latest federal attempt to protect the northern spotted owl, the passive, one-pound bird that sparked an epic battle over logging in the Pacific Northwest two decades ago.

The government set aside millions of acres of forest to protect the owl, but the bird’s population continues to decline — a 40 percent slide in 25 years.

A plan announced Tuesday would designate habitat considered critical for the bird’s survival, while allowing logging to reduce the risk of catastrophic wildfire and to create jobs. Habitat loss and competition from barred owls are the biggest threats to the spotted owl.

Interior Secretary Ken Salazar called the draft plan “a science-based approach to forestry that restores the health of our lands and wildlife and supports jobs and revenue for local communities.”

The new plan, which replaces a 2008 Bush administration plan that was tossed out in federal court, affects millions of acres of national, state and private forest land in Washington, Oregon and Northern California.

The plan to kill barred owls would not be the first time the federal government has authorized killing of one species to help another. California sea lions that feast on threatened salmon in the Columbia River have been killed in recent years after efforts to chase them away or scare them failed.

The U.S. Agriculture Department kills thousands of wild animals each year — mostly predators such as coyotes — to protect livestock. Other animals, including bears, wolves and raccoons also are killed through the program.

The latest plan for spotted owls was accompanied by a presidential memorandum directing Interior to take a number of steps before the plan is finalized, including providing clear direction for how logging can be conducted within areas designated as critical habitat and conducting an economic analysis at the same time critical habitat areas are proposed.

Officials acknowledge that the plan to kill barred owls creates an ethical dilemma, but say an experiment on private land in northern California has shown promising results. Spotted owls have returned to historic territories after barred owls were removed.

“Appropriate timber harvests consistent with ecological forestry principles (should) be encouraged,” the Interior Department said in a statement.

The American Forest Resource Council, a timber industry group, was skeptical that so-called ecological logging would produce a significant amount of timber or jobs. At the same time, the plan has the potential to double the amount of acres designated as critical habitat, said Tom Partin, the group’s president.

“Habitat is not the current limiting factor for the northern spotted owl, nor is historic loss of old-growth” trees, Partin said. “In fact, the amount of old growth on our federal forests is increasing while the spotted owl’s numbers are decreasing.”

Conservationists also were wary. Steve Holmer of the American Bird Conservancy said his group was pleased that the administration was moving carefully to kill barred owls, but said officials appeared to be endorsing a big boost in logging inside critical habitat boundaries with no scientific studies showing it works.

The federal government has been trying to find a balance between logging and fish and wildlife habitat since at least the late 1980s. The spotted owl was designated as threatened under the Endangered Species Act in 1990 — an action that led to massive logging cutbacks on national forests and other federal lands in western Washington, Oregon and Northern California.

The bird was blamed for the loss of tens of thousands of jobs and landed on the cover of Time magazine.

Despite federal efforts to protect it, the spotted owl continues to decline. A key reason is the barred owl, a larger, more aggressive East Coast cousin that has displaced spotted owls through much of their historic range.

Just how many barred owls would be killed and where remains undecided, although officials said hundreds of birds are likely to be killed with shotguns. The plan also calls for non-lethal removal of the barred owls, by capturing them and relocating them or placing in them in permanent captivity.

“We can’t ignore the mounting evidence that competition from barred owls is a major factor in the spotted owl’s decline, and we have a clear obligation to do all we can to prevent the spotted owl’s extinction and help it rebound,” said Fish and Wildlife Service Director Dan Ashe.

Eric Forsman, a U.S. Forest Service scientist whose work in the 1970s showed how the decline in spotted owls was tied to logging old-growth forests, was skeptical that killing barred owls would make a difference.

“There are not enough shotguns,” he said. “It would be just about like trying to wipe out coyotes.”

The Interior Department will accept public comments on the plan for 90 days.

This article was written by Jeff Barnard and published by the Washington Post.