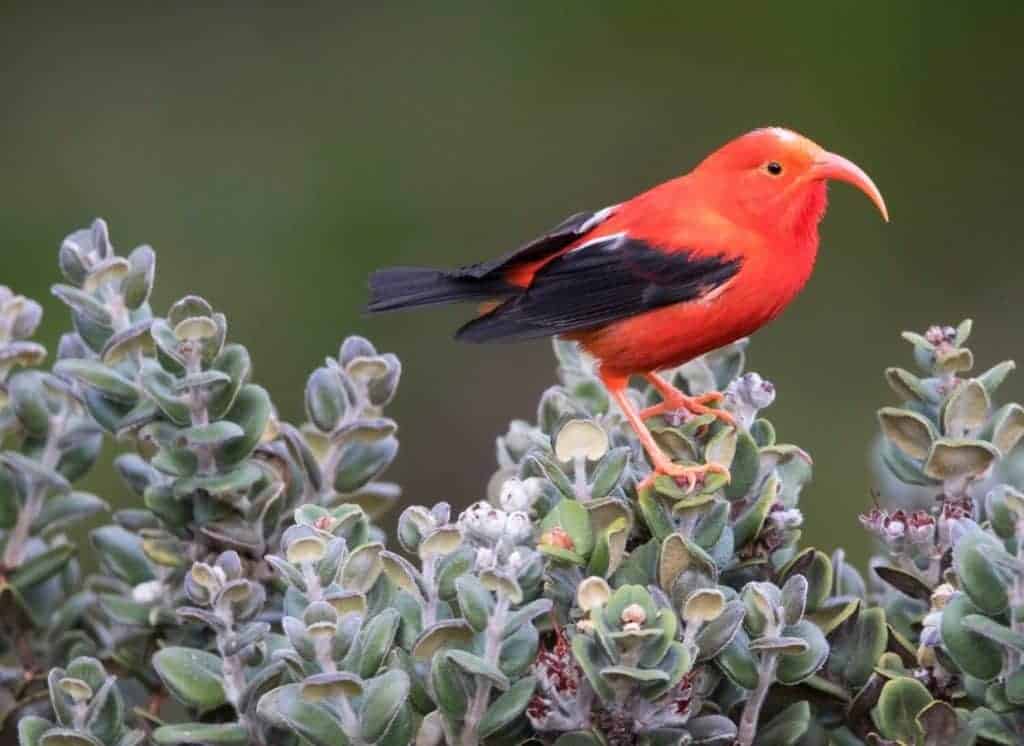 With its unmistakable fiery red plumage, which was used to decorate the robes worn by Hawaiian royalty in ancient times, the Iiwi Depranis coccinea (pronounced ee-EE-vee), or Scarlet Honeycreeper, is tightly entwined with Hawaiian folklore.

Endemic to the islands, it was once abundant in forests through-out the archipelago, but the accidental introduction of mosquitoes by settlers in the 19 Century brought with it diseases such as avian malaria, to which the Iiwi has no natural immunity.

The Iiwi now finds itself largely restricted to high-elevation forests on the islands of Hawaii, Maui and Kauai, where temperatures are too low for regular disease transmission.

While a few populations remain stable, the species was uplisted to Vulnerable on the IUCN Red List in 2008, amidst fears that rising temperatures could increase the elevation at which regular transmission of malaria occurs, threatening current strongholds of this regal nectarivore.

This article was first published by BirdLife International on 15 Feb 2017.