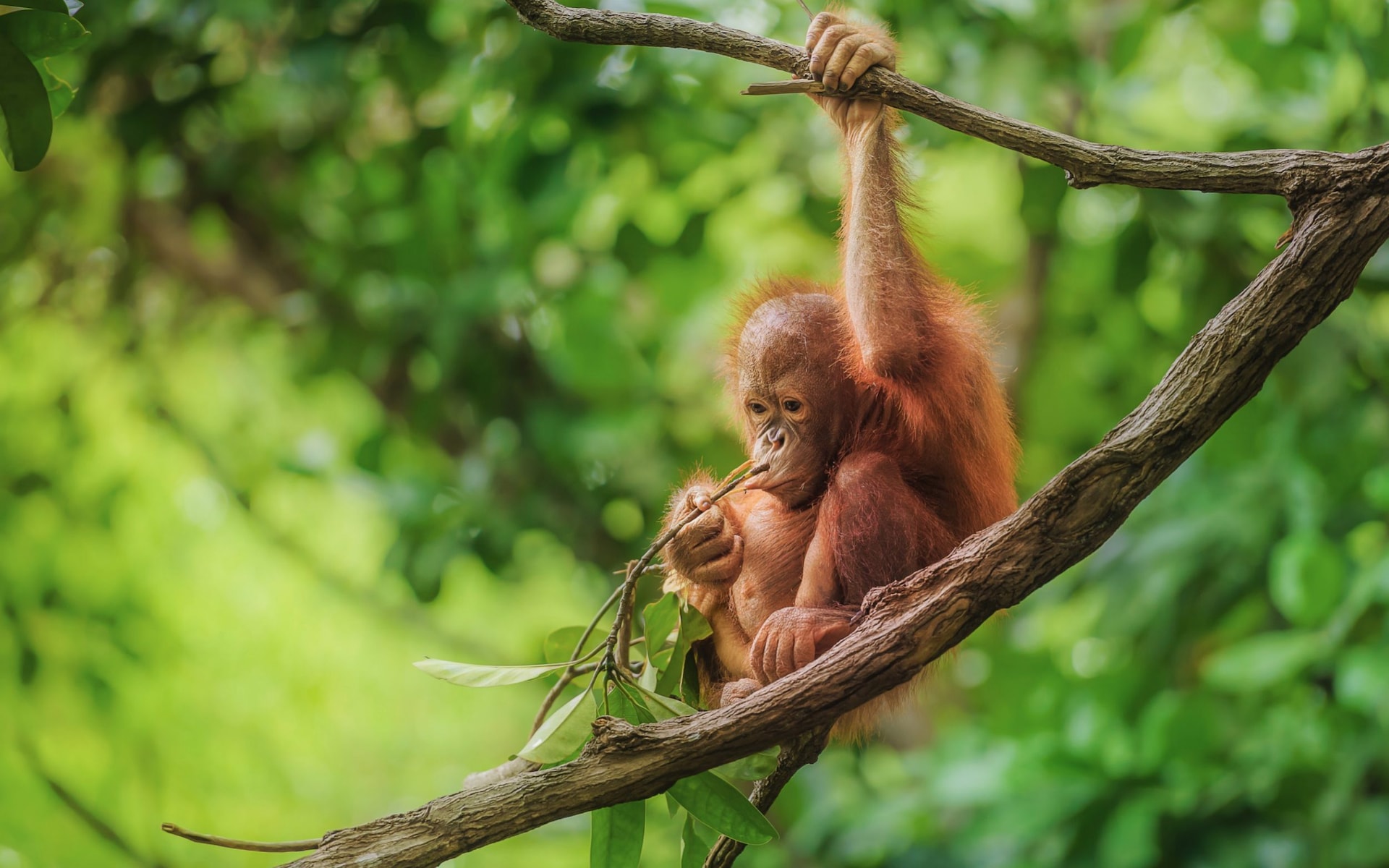 The number of endangered orangutans living in forest patches found in oil palm estates in the eastern Malaysian state of Sabah fell as much as 30 per cent between 2002 and 2017, but the overall population of the species in the area is stable, the World Wide Fund for Nature (WWF) said on Thursday.

Their scientific paper, Changes to Orangutan Population in Recent Times: 2002-2017, was the most intensive survey of the species ever undertaken in Sabah, northeast Borneo, and was conducted through aerial nest surveys.

It revealed that over a 15-year period at least 650 orangutans were lost in the protected areas of the eastern lowlands, where fragmented populations are “pressed-in” by surrounding large-scale and long-established oil palm plantations.

“These declines sound a conservation alert and emphasises the need for population monitoring,” say the authors of the report, which was published in the journal Public Library of Science.

The overall population remained steady at around 11,000 and about 70 percent live in sanctuaries, state parks or wildlife conservation areas.

Orangutans are found in the rainforests of Borneo, where Sabah lies, and on the Indonesian island of Sumatra, where they are also critically endangered.

“While the orangutan population has stabilised in large forest areas, their numbers declined in forest patches within oil palm landscapes of the eastern lowlands of Sabah,” WWF said in a statement.

“The monoculture nature of oil palm plantations means that they tend not to support species that are dependent on forest environment like the orangutan.”

Forest patches within plantation landscapes are critical to the animal’s survival, underlining the need for a comprehensive conservation strategy, said Augustine Tuuga, the Director of Sabah Wildlife Department.

“This connectivity, through wildlife corridors that link patches of forest is key to orangutan survival at oil palm plantation landscapes, especially in the lowlands of Sabah,” he said in the WWF statement.

Palm oil, as the Southeast Asian nation’s largest agricultural crop and export, is a vital part of the Malaysian economy, and Sabah is its largest producing state.

The country relies on the commodity – which is used as an ingredient of products ranging from food to cosmetics – for billions of dollars in foreign exchange earnings and hundreds of thousands of jobs.

Malaysia is set to join Indonesia, the world’s largest grower of palm oil, to challenge the attempt to ban the biofuel at the World Trade Organisation.

Donna Simon, senior programme officer at WWF Malaysia and one of the three authors of the study, suggested cause for optimism, however, as the conclusion that the number of orangutans elsewhere in Sabah seemed to have stabilised, indicated that populations could be protected when hunting was prohibited and forests were well-managed.

“This survey allows us to advocate for a better land-use plan and identify crucial degraded orangutan habitat to be set aside for restoration and habitat connectivity or for protection,” she said in the statement.

This article was first published by The Telegraph on 18 July 2019.