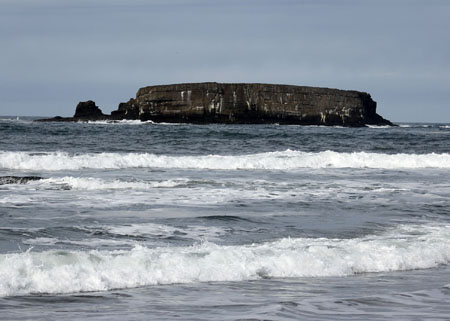 Great news! Today the Oregon House passed a bill making Oregon’s first network of marine reserves and marine protected areas (MPAs). The bill, which Oceana has been actively supporting, now goes to the governor’s desk for a signature.

The bill calls on state agencies, the State Fish and Wildlife Commission, and State Land Board to create marine reserves and adjacent MPAs at Cape Falcon, Cascade Head and Cape Perpetua.

The three new marine reserves and MPAs add 109 square miles (70,000 acres) to the already designated 9 square miles of area at Redfish Rocks and Otter Rock. All areas combined total less than 10 percent of Oregon’s Territorial Sea; leaving the vast majority of Oregon’s Pacific waters open to fishing and development. The marine reserves will be ‘no-take’ and the MPAs will allow activities like fishing for Dungeness crab and salmon, while prohibiting bottom trawling, the harvest of forage fish, and offshore development.

Marine reserves have positive ecological benefits inside and outside of their protective boundaries, as fish and wildlife populations increase and then spill over into adjacent areas.

“This is a great first step in protecting sensitive and important ecological areas off our coasts,” said Whit Sheard, Pacific counsel and senior advisor with Oceana. “This bill represents some difficult compromises, but it is a critical step forward for the long-term management of our publicly held ocean resources.”

Oceana will continue to work with regional managers and local communities to ensure the future well-being of the Pacific Ocean off Oregon and its wildlife.

This article was written and published in Oceana’s blog about the latest ocean news, policy and science.