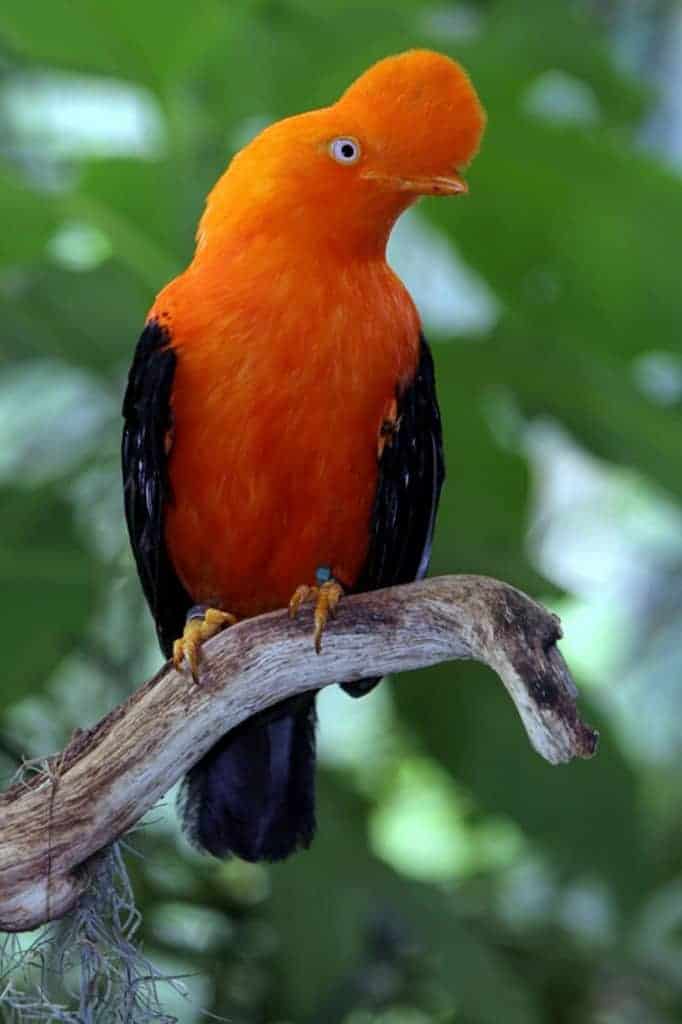 Yale University ornithologists Prof Richard Prum and Jacob Berv have mapped out the first large-scale evolutionary family tree for the Neotropical cotingas – some of the brightest, loudest, oddest-looking birds in the world.

There are more than 60 species of the cotingas, a highly diverse group of birds that make up the family Cotingidae. They are found in tropical and subtropical forests or forest edges of South and Central America.

The largest cotinga is the Amazonian umbrellabird (Cephalopterus ornatus), a 50-cm long bird with a large crest over the top of the head, and an inflatable orange throat-sac.

Some cotingas are exclusively fruit- and berry-eaters, while others prefer insects, but most have a mixed diet of both of these types of foods. The insect-hunting species tend to glean their prey from the surfaces of foliage or branches. Alternatively, they may fly-catch, that is sit motionless while scanning for large, flying insects, which are captured in the beak during a brief aerial sally.

Evolutionary relationships of members within the Cotingidae have been poorly understood – until now. 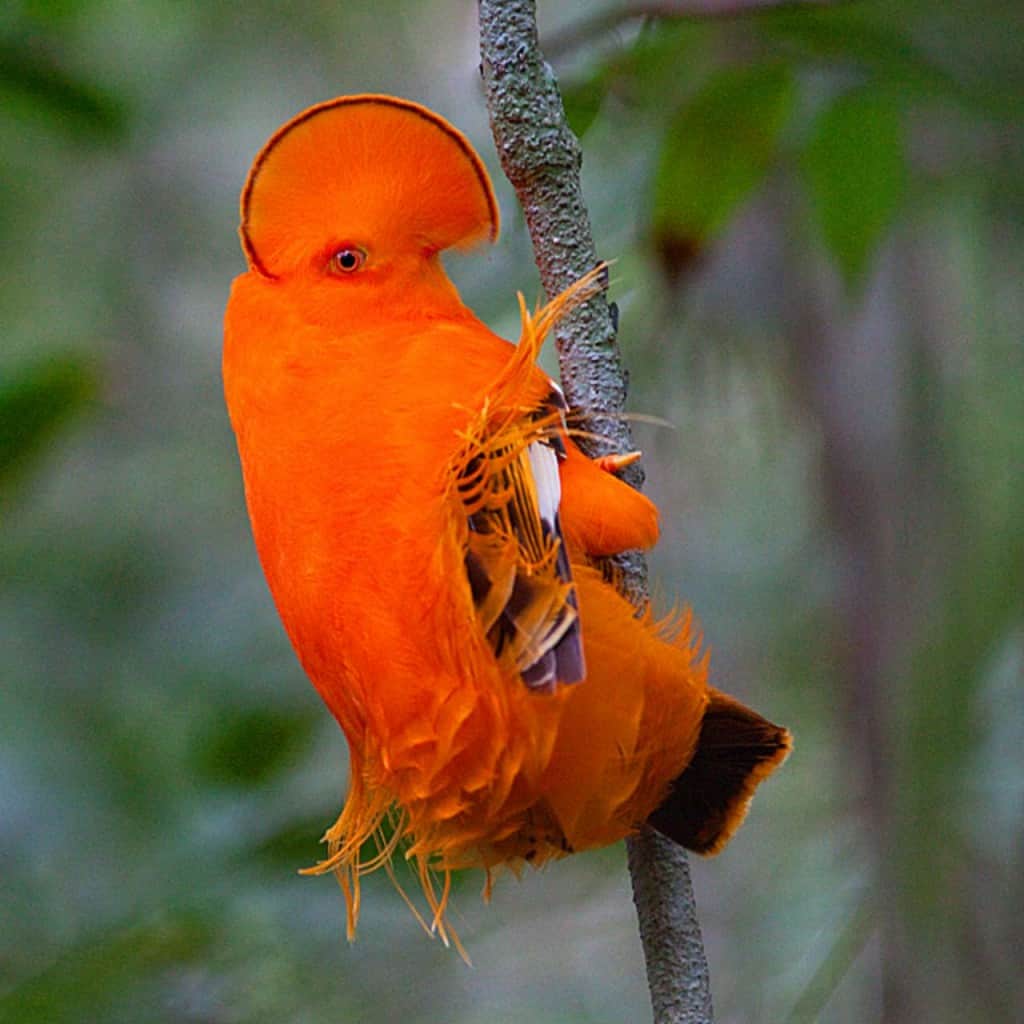 Using genetic data from 61 cotinga species in 25 genera, Prof Richard Prum and Jacob Berv have assembled the most comprehensive evolutionary family tree for these mysterious birds.

“Our study provides comprehensive insight into how nearly all the cotinga species are related to each other going all the way back to their common ancestor. No previous attempts to understand the evolutionary history of this group have included genetic samples from nearly all the existing species,” said Jacob Berv, who is the first author of the paper published in the journal Molecular Phylogenetics and Evolution.

In their study, the scientists aimed to learn if the evolution of differently-colored males and females in the Cotingidae (sexual dimorphism) is directly linked to a breeding system in which males have multiple mates (polygyny).

Charles Darwin first theorized that the increased pressure of sexual selection in polygynous birds spurred the development of color differences between the sexes.

This appears to be true for many species – but not the cotingas. When the ornithologists examined patterns of evolution for these two traits across their new tree of life, it turned out that they didn’t perfectly match up.

Distribution of phenotypes, plumages, and size variation across the cotingas: males are depicted towards the outer perimeter, while females are placed more interior; sexual monomorphism is indicated by the presence of only a single illustration at a given terminal; branches are color coded according to their posterior probability, and the centimeter scale indicates relative sizes. Image credit: Jacob Berv / Richard Prum.

The statistics they calculated also supported the conclusion that these traits may be evolutionarily ‘de-coupled’ in the cotingas.

Sexual selection appears to have played a role in the evolution of non-plumage gender differences in some cotinga species.

“In one case, the Screaming Piha, the males and females look alike but the male sings one of the loudest songs on the planet. That means male-female plumage difference alone is not evidence for sexual selection because sexual selection is also driving other traits such as voice and behavior,” Prof Richard Prum said.

“One of the biggest analytical differences between what we’ve done and past work is that we used a ‘species tree’ approach, which is potentially more accurate than what is typically applied to genetic data,” Jacob Berv said.

“We ran our data through more traditional types of analyses as well, and all of them strongly supported a consistent evolutionary tree of life.”

“We hope other scientists who are interested in these birds take our phylogeny and do all sorts of great things with it.”

This article was first published by Sci-News.com on 21 Oct 2014.

Thank you for the article. These birds are amazing and I think they are quite beautiful.