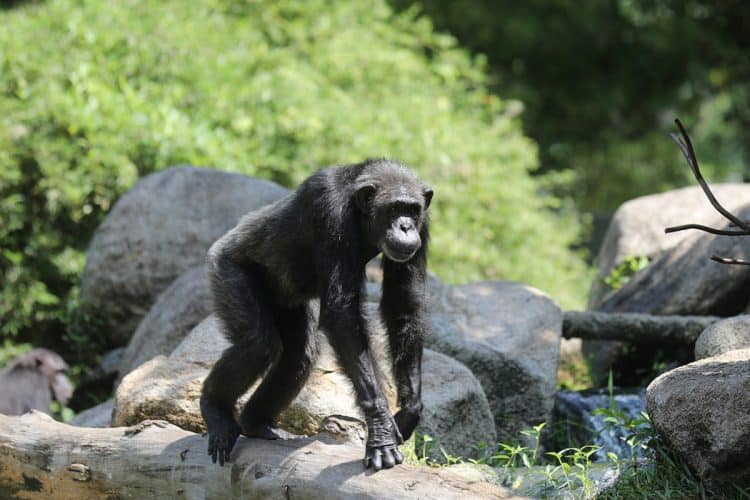 Forestry officer Karim Kamisoko is not at his post. Instead of patrolling Bafing Faunal Reserve in southwestern Mali, he and his fellow rangers are 70 kilometers (43 miles) away, taking shelter from Islamist militants who have seized control of much of this part of southwestern Mali.

Kamisoko says the forced withdrawal of staff has left chimpanzees and other animals in the reserve exposed, with the militants working together with traffickers to hunt wildlife. “The habitat of the chimpanzees has become the stronghold of the jihadists, and the animals are left on their own,” he says.

A militant group called Katiba Macina emerged in this part of Mali in early 2015; it claims to be affiliated with the larger and better-known Ansar Dine, which has carried out attacks on soldiers and civilians in northern Mali since 2012.

Many residents have fled their homes in Bafing, but others have remained, forced to cooperate with the armed groups in exchange for their safety. Katiba Macina also poses a serious threat to wildlife in the areas it occupies, including in the Bafing reserve.

Mali’s National Directorate of Water and Forests estimated there were 2,000 chimpanzees in the reserve in 2013. It’s difficult to know how many are left after years under the control of the militants, says Moussa Samake, another water and forestry official. He and Kamisoko agree that the chimps are endangered as long as the reserve is controlled by people who don’t mean to protect it but rather destroy it.

According to Samake, protection of Bafing’s chimpanzees and other wildlife relied on patrols and raising awareness among communities living around the reserve. These activities have come to a halt because of frequent, repeated attacks on forestry staff and other government officials, as well as NGO workers.

The number of wildlife traffickers and militants in Mali increased after the fall of Moammar Gaddafi, the leader of neighboring Libya. As civil war broke out there, this increased the circulation of weapons available across the border in Mali, for both Islamist groups and traffickers.

According to chief warrant officer Djibrilla Maiga of the Gendarmerie, who has carried out missions in Bafing, apart from “rare patrols that are organized in the area, security agents have difficulty following them [traffickers and Islamists] because they operate on motorcycles and often face ambushes by jihadists.”

He said the use of assault rifles allows traffickers to target any animal.

Western chimpanzees are the most threatened of the four chimp subspecies. They are threatened primarily by loss of habitat to expanding agriculture, with infrastructure and direct killing for bushmeat or in retaliation for crop-raiding also contributing to declining populations. Between 1990 and 2014, their numbers declined by 80% across West Africa.

While a 2019 assessment of IUCN databases raised the estimated number of these primates across West Africa to 53,000, it also found that just 17% of these chimps live in protected areas.

The insecurity that has driven rangers out of Bafing Faunal Reserve represents an additional threat to an endangered species in one of the few places it should be safe.

This article by Lucrèce Aminata Kanté was first published by Mongabay.com on 5 November 2021.