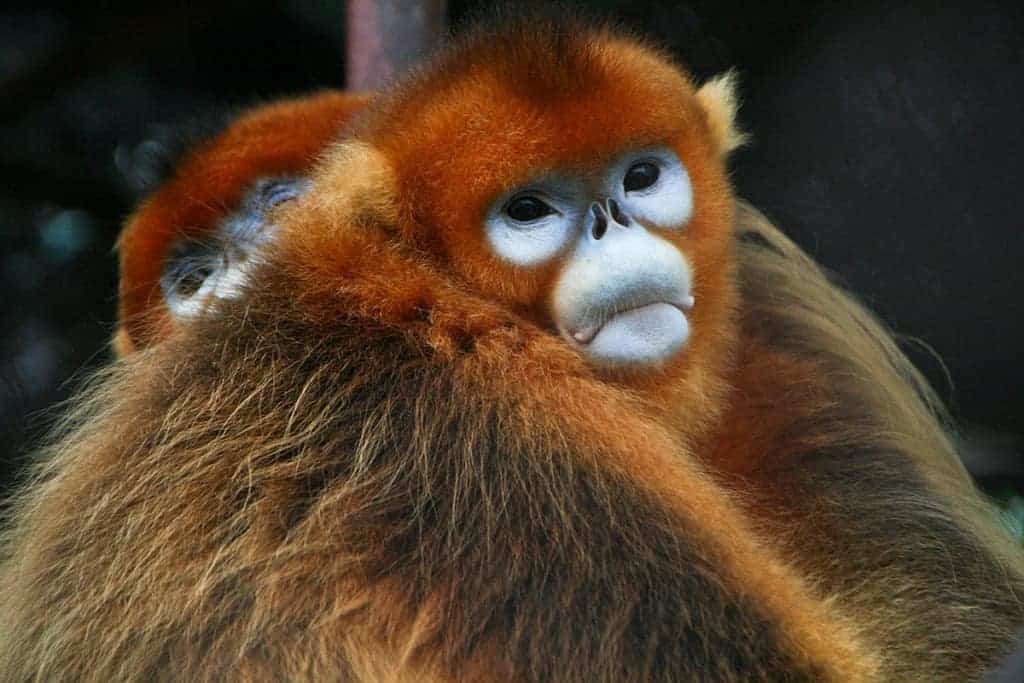 From 1970 to 2010, the world’s populations of mammals, reptiles, amphibians, birds, and fish shrunk by about 52 percent.

China is right in the middle of the global pack with a nearly 50-percent loss of its land-based vertebrates, according to a recent report by the international NGO World Wide Fund for Nature (WWF).

The situation grows darker when the country’s amphibians and reptiles are pulled out separately. Over that 40-year period, their numbers plummeted by 97 percent. Habitat loss, poaching, and climate change all contributed to the devastation.

Yet despite these dismal statistics, the report is also sprinkled with kernels of optimism, such as China’s growing bird populations and number of nature reserves. Coupled with recent shifts in policy and public awareness, some environmentalists are hopeful that China can turn around its conservation losses.

Declines by the numbers

WWF published its Living Planet Report — China 2015 in November. It drafted the report in collaboration with the China Council for International Cooperation on Environment and Development and several other international NGOs and Chinese government agencies.

The report adopts the Ecological Footprint, an accounting tool developed by coauthoring NGO Global Footprint Network, to track China’s demand for natural resources and services. It finds that China accounts for one-sixth of the global ecological footprint, ranking ahead of all other countries in the world. The nation is already consuming 2.2 times the amount of biological material it produces in a year — its biocapacity — causing significant impact on the environment, including forest degradation, drought, soil erosion, water shortages, rising carbon dioxide emissions, and biodiversity loss.

Amphibians and reptiles have suffered by far the most of all the vertebrates studied. Yang Qisen from China’s Institute of Zoology, a co-author of the report, told Mongabay that there are two factors pushing amphibians and reptiles to the edge. The first is excessive hunting for traditional Chinese medicines. The second is the animals’ extreme sensitivity to humidity and temperature and their reduced ability to migrate compared with birds or mammals, which make them more vulnerable to habitat loss, population isolation, and climate change.

In southern China, where humidity and warm temperatures are particularly suitable for amphibians and reptiles, river systems have undergone severe pollution during decades of fast economic development, Xie Yan, an associate researcher with the Institute of Zoology, told Mongabay. Additionally, development along the coast involving the destruction of mangroves and other coastal habitats has also contributed to the decline.

Primates were another hard-hit group of animals. The report examined the fate of 18 Chinese primate species, finding that their populations dropped by 84 percent between 1955 and 2010, and by 62 percent “from 1970 to 2010 alone.”

Although the report did not examine aquatic animals, they have suffered alongside their terrestrial brethren. Scientists declared the Yangtze river dolphin (Lipotes vexillifer) functionally extinct in 2006. The Yangtze finless porpoise (Neophocaena asiaeorientalis), the world’s only freshwater porpoise, now faces a similarly grave situation. The species was upgraded from Endangered to Critically Endangered on the International Union for Conservation of Nature Red List of Threatened Species in 2013, and fewer than 1,000 individuals remain.

Despite the overall decline among Chinese land-based vertebrates, populations of these animals experienced a short-term increase during the 1980s. One possible reason for the temporary fluctuation was the turbulence China experienced during the mid-20th century, said Yang. When people were starving during famines in the 1960s and 1970s, they killed bats and rats for food. As the country’s economic and political situation improved in the 1970s and 1980s, the hunting diminished. Due to their high fertility rates, those populations exploded.

Another possible reason, according to Xie, was a nationwide campaign to stop the killing of large mammals, such as tigers (Panthera tigris), that kicked off in the early 1980s. Large mammal numbers increased for a few years, but took a turn for the worse during the following decade due to habitat loss and degradation caused by human activities, including the widespread adoption of pesticides in the agriculture sector, according to Xie.

The report also highlights some encouraging trends. A particularly bright spot is that bird populations remained relatively stable from 1970 to 2000, and increased notably since 2000, growing by 43 percent overall. An increasing number of reserves and new legal protections contributed, according to the report.

Some of China’s conservation campaigns for certain species, particularly crowd-pleasers such as the panda (Ailuropoda melanoleuca), have shown encouraging results in reviving lost populations. From 2003 to 2013 the number of pandas living in the wild increased from 1,596 to 1,864, according to China’s State Forestry Administration.

During an event at the Paris climate conference, renowned primatologist (and Mongabay board member) Jane Goodall told Mongabay there has been a “huge change in awareness” in China since she first visited 17 years ago. “Think of the panda: No Chinese person I’ve ever met would be happy if the panda went extinct, and now they are beginning to realize that the other animals are important, too,” she said.

The report also estimated that mammal species living in Chinese prairie and desert ecosystems increased by 26 percent between 1970 and 2010. It attributed the trend to drought, desert expansion, a sparse human population, and an underdeveloped economy, as well as to the ability of desert species to adapt to global climate change.

The Tibetan antelope or chiru (Pantholops hodgsonii) on China’s vast western prairie, is a good example. Once under major threat from poaching for its soft, warm wool known as shahtoosh, the Tibetan antelope has attracted international attention since the late 1990s. With effective anti-poaching efforts and a network of reserves its numbers have increased from some 60,000 to the present 200,000. In their China Species Red List of Vertebrates, released in early December, the Environment Protection Ministry and the Chinese Academy of Sciences downgraded the status of the Tibetan antelope from Endangered to Near Threatened. (However, the IUCN continues to list the species as Endangered.)

In recent years, China has gradually shifted the focus of its environmental efforts, promoted for years under the slogan of “environmental protection and sustainable growth” to a more integrated approach it calls “Ecological Civilization.” The new approach aims to achieve the benefits of development in “harmonious coexistence” with nature, and is reflected in numerous policy documents and programs.

Further good signs include the country’s increasing number of nature reserves, from 100 in the 1980s to over 2,700 today, with a total area accounting for over 18 percent of the whole country. Existing regulations concerning nature reserves are neither clearly defined nor strictly obeyed, but there is an effort to change that. In June 2015, China’s National Development and Reform Commission signed contracts with the Chicago-based think tank the Paulson Institute to set up a national system of parks and protected areas. The idea is to explore and develop an optimum model for an improved national park system that fits the Chinese context and also meets international standards.

Li Lin, executive program director of WWF China, expressed hope for the future in a statement accompanying the report’s release: “We hope that China can detach economic growth from ecological degradation and incorporate biodiversity protection into its going global strategies … to contribute to the global sustainable development within one planet’s limits.”

This article was first published by Mongabay.com on 25 Jan 2016.