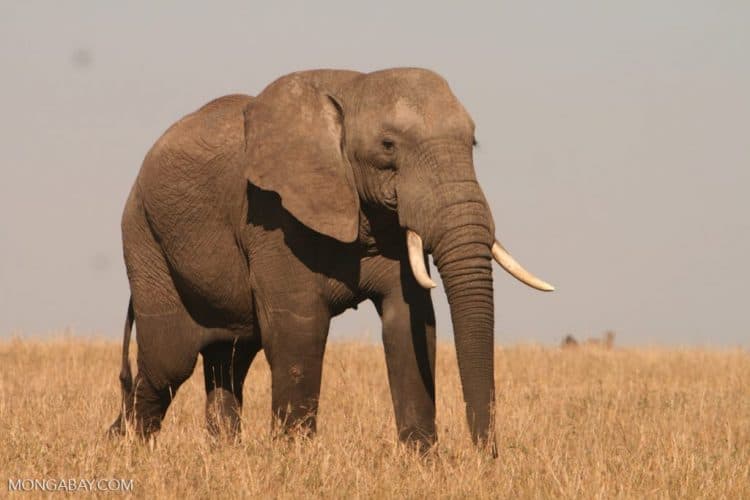 The owner of a trophy hunting business in South Africa has been indicted by prosecutors with the United States Department of Justice for violating the Endangered Species Act and the Lacey Act.

Prosecutors in the US state of Colorado have alleged that Hanno van Rensburg, a South African national and owner of Authentic African Adventures, led an illegal hunt in Zimbabwe’s Gonarezhou National Park in 2015 and bribed Zimbabwean government officials with somewhere between $5,000 and $8,000 to look the other way.

Van Rensburg is also accused of conspiring with a member of the hunting party from Colorado to illegally export elephant ivory out of Zimbabwe by falsifying documents to claim that the hunter was a South African resident and did not shoot the elephant inside a national park.

The African elephant is listed as “threatened” under the US Endangered Species Act, which makes interstate or international trade of hunting trophies from African elephants illegal. The US Lacey Act, meanwhile, makes it illegal to trade wildlife killed in violation of a foreign nation’s laws.

Another US law, adopted in 2015 under the Obama Administration, specifically makes it illegal to import body parts from African elephants killed for sport in Zimbabwe or Zambia. Late last year, the Trump Administration said it was lifting the ban, though that decision was put on hold after a fierce backlash. In March, however, the U.S. Fish and Wildlife Service (FWS) announced that it would begin to allow the import of elephant trophies from those countries on an “application-by-application” basis.

According to a US Department of Justice press release, during the course of the investigation, van Rensburg “advertised his willingness to pay bribes to obtain tags to hunt inside Gonarezhou National Park” to an undercover FWS agent.

“The U.S. Attorney’s Office and our law enforcement partners work together to support global efforts to protect threatened and endangered wildlife from illegal poaching,” U.S. Attorney for Colorado Bob Troyer said in the statement. “FWS and our prosecutors did an extraordinary job investigating this case.”

While prosecutors did not name the Colorado hunter with whom van Rensburg conspired to illegally export the elephant trophies, he has been identified as Paul Ross Jackson of Evergreen, Colorado. Jackson, a former vice president of the Dallas Safari Club, pleaded guilty in April to violating the U.S. Endangered Species Act in connection with the same hunt. The AP reports that he was ordered to pay a fine of $25,000 and to return the elephant tusks to the government of Zimbabwe.

“We are very pleased with the United States’ indictment of Mr van Rensburg,” Audrey Delsink, executive director of Humane Society International – Africa (HSI-Africa), said in a statement. Delsink added that when the news broke that Jackson had been convicted for his role in the hunt, HSI-Africa requested that South African authorities investigate van Rensburg’s actions, as well. “Hunting of animals within Zimbabwean national parks is prohibited, and Mr van Rensburg allegedly chose the path of bribery and corruption for the sake of bagging his client a ‘trophy’ and then getting it into South Africa. The relevant South African authorities cannot allow this criminal action to slip by.”

While proponents of trophy hunting argue that the industry generates funds that support conservation efforts, Iris Ho, wildlife program manager for Humane Society International, said in a statement that the details of the case revealed by the indictment of van Rensburg “expose trophy hunting for what it really is. … Trophy hunting is not conservation but purely a head-hunting exercise pursued by wealthy people who are not used to hearing the word ‘no’.”

This article was first published by Mongabay.com on 05 Jun 2018.