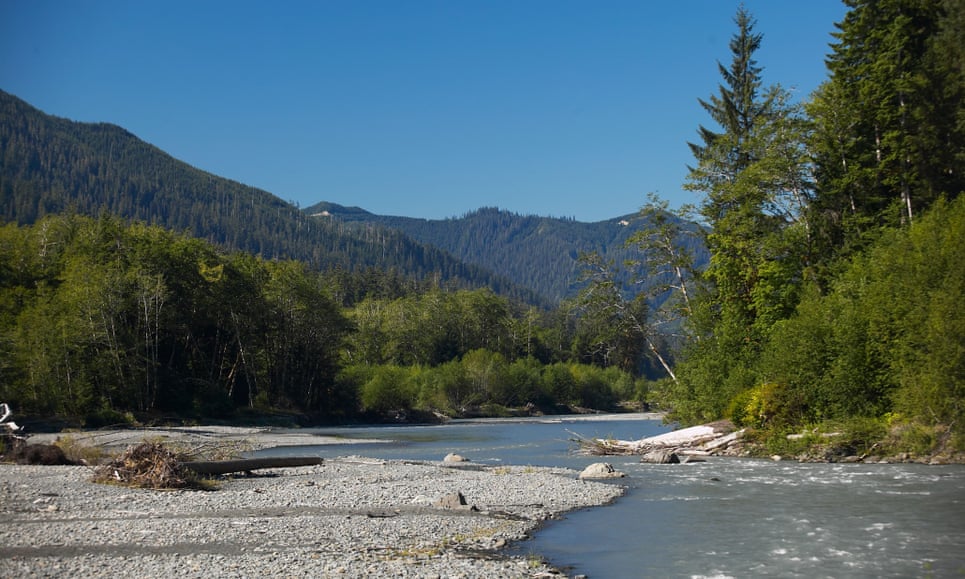 The most comprehensive survey to date of pollution in the US from a controversial group of pesticides has found the chemicals are widespread in streams and rivers. Though not considered a human health threat, the findings underscore the environmental ubiquity and potential for ecological harm of neonicotinoids.

While neonicotinoids have been blamed for fuelling declines of bees, researchers say their effects could extend beyond pollinators. Also at risk are invertebrates that form the foundation of aquatic food chains and the myriad creatures who feed upon them.

“These compounds are increasing in use and it’s important to know where they’re going,” says Michelle Hladik, a chemist with the US Geological Survey, whose team found neonicotinoids in 20 of 38 watersheds across the United States. “This demonstrates that these pesticides are in the water. They’re in the environment.”

Some researchers have warned of neonicotinoids causing another “Silent Spring”, referencing the Rachel Carson 1962 masterpiece on the effects of the insecticide DDT on birds. It’s an apt comparison, said Christy Morrissey, an ecotoxicologist at the University of Saskatchewan asked to comment on the new study, though with a key difference.

Whereas DDT accumulated at ever-higher concentrations up the food chain, neonicotinoids may erode its foundations. “A whole large group of birds and bats and amphibians are dependent on healthy aquatic systems producing a lot of these bugs,” said Morrissey. “The water issue is probably as important as the pollinators.”

The new findings, described in a study published on 18 August in the journal Environmental Chemistry, are the latest chapter in the ongoing saga of the world’s most popular insecticide.

Introduced in the 1990s, neonicotinoids have in recent years been linked to declines

in honeybees and in wild bees. Government regulators in the United Kingdom and European Union have limited their use, and environmentalists want similar restrictions in the US and Canada.

Yet even as public outcry and scientific investigations have focused on pollinators exposed on farms and in gardens, a growing body of research describes how the water-soluble chemicals end up in soil and eventually in watersheds.

In a previous study, Hladik found neonicotinoids in waters throughout Iowa and Nebraska. The latest study expanded the sampling to waters in 24 states and Puerto Rico, both agricultural and urban, from California and the Pacific north-west to Georgia and Chesapeake Bay.

Hladik notes that neonicotinoid levels did not exceed limits established by the US Environmental Protection Agency, a fact emphasized by neonicotinoid manufacturer Bayer. In a statement, Bayer CropScience ecotoxicologist David Fisher said the “findings confirm that the residues of these products are far below the safe threshold levels for effects on aquatic life”.

Hladik also noted, however, that many researchers consider the EPA’s thresholds to be significantly overestimated.

In a study published earlier this year, Morrissey and other researchers who reviewed the effects of neonicotinoids on aquatic life found acute- and chronic-harm effects to key aquatic invertebrates at levels that were just a fraction of the EPA’s threshold. And in the Netherlands, home to the best long-term datasets of neonicotinoid pollution, much lower levels than those found in Hladik’s samples were associated with a 70% decline in aquatic invertebrates. Insect-eating bird populations also declined at that level of pollution.

“The concentrations discovered in the USA are worrying, because we known from both field and lab studies that they can be harmful to the environment,” said ecologist Caspar Hallmann of Radboud University in the Netherlands, one of the leaders of the Dutch studies.While the field research has involved observed correlations rather than carefully controlled experiments, and correlation is not cause, other variables do not seem to account for the declines. The observed patterns fit with mechanistic observations of how neonicotinoids affect insects.

“The chemical is designed to kill invertebrate pests on crops – but here we have a situation where mayflies, stoneflies, caddisflies, the species found in streams and wetlands and lakes, have the exact same physiological makeup as crop pests,” said Morrissey.

Those pollinator concerns have spurred the EPA to schedule reviews of neonicotinoid use in coming years, but it’s not clear whether those reviews will also consider aquatic effects.

Many research questions remain, said Hladik, including whether water-borne neonicotinoids are eventually absorbed by other plants, producing new routes of exposure.

Hladik also noted that, while neonicotinoids have rightly received a great deal of public attention, they are only one group in a constellation of agricultural chemicals regularly found in the environment.

The latest findings are just a subset of a much larger project to measure dozens of environmental chemicals, said Hladik. “There are so many different insecticides, fungicides, herbicides and other contaminants in our environment,” she said. “Neonicotinoids are not the only contaminants out there.”

This article was first published by The Guardian on 20 Aug 2015.