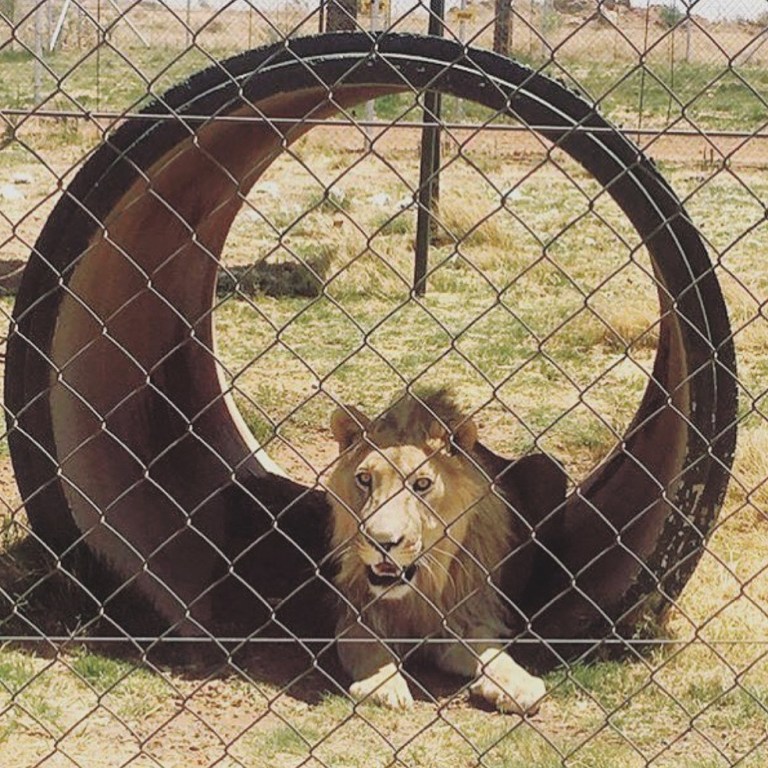 New images show the moment 10 lions were rescued after being held in captivity on a farm where they were bred to be shot in South Africa.

Canned hunting, one of the most egregious forms of trophy-hunting, is the killing of captive-bred wild animals in small enclosures.

In South Africa, canned hunting has become a lucrative practice and more lions are bred in captivity (upwards of 8,000) than those in the wild.

In canned hunting, animals are bred with the sole purpose of killing them. In a fenced area with no chance of escape, lions are often lured out into the open with bait or even sedated with drugs, all to guarantee the kill for the hunter, according to the animal welfare organization FOUR Paws.

The footage and images were shared by [email protected] e.V, a German NGO working in Africa on biodiversity, climate, agriculture, and wildlife conservation.

“The team was overwhelmed seeing 10 lions kept in a totally secluded and closed shed with no light or grass,” [email protected] e.V. said in a statement, “We had to fight hard for the lives of these lions. But dedication and passion made this work successful.”

The lions were transported to a sanctuary where all of them can be surrounded by proper trees and a comfortable environment.

Sign this petition to protect African lions from trophy hunting.