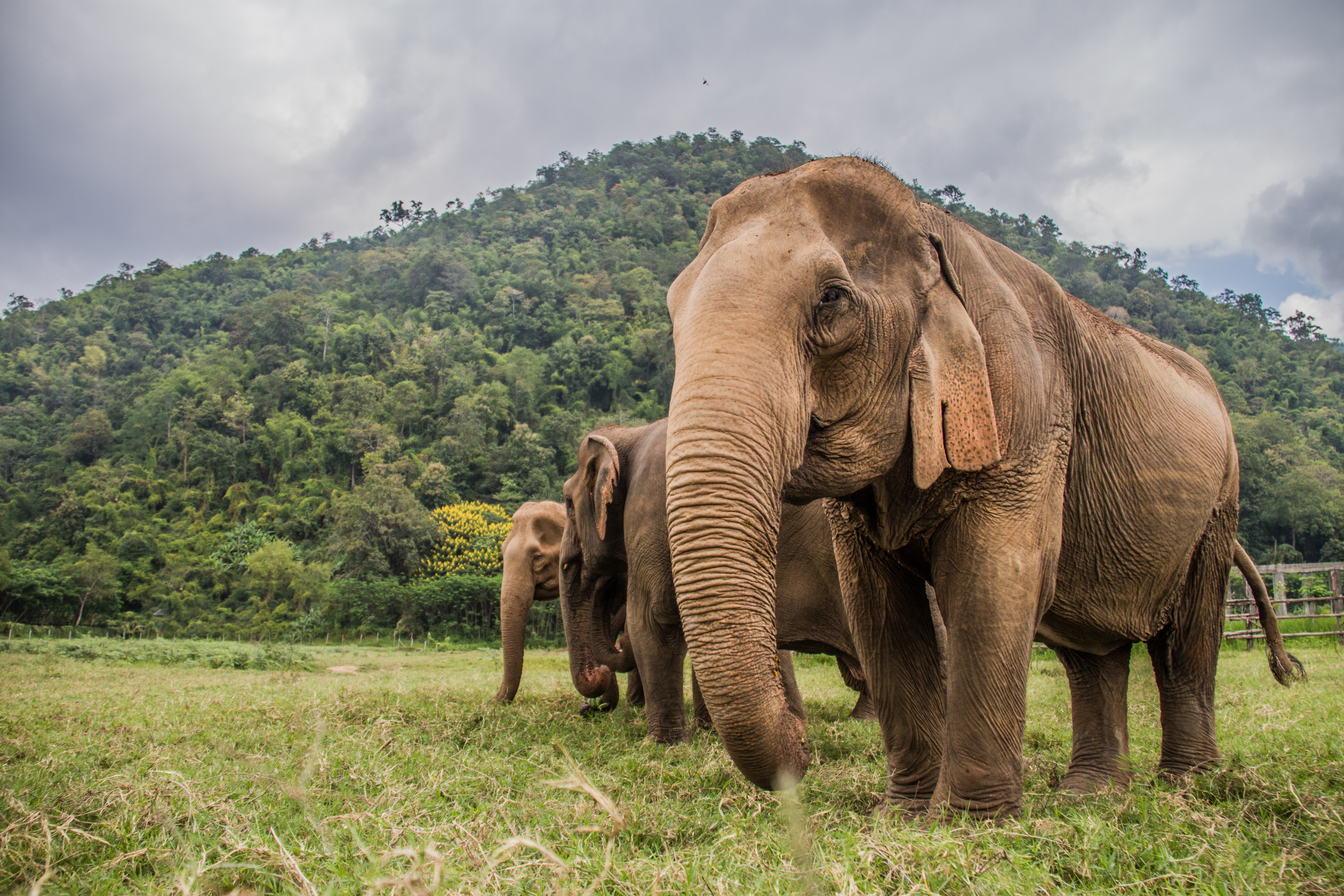 This doesn’t mean that Asian elephants are safe from poaching, though. Their suffering in the tourism industry is quite well documented. They are often taken from the wild and forced into captivity, put through the soul-crushing process called phajaan, and exploited for profit.

But they are also victims of poaching, specifically for their skin to be used in jewelry and “medicine.”

In 2017, non-profit organization Growth for Prosperity discovered something ghastly in the markets of Myanmar.According to National Geographic, “Poachers had killed males, tuskless females, and calves alike in pursuit of a different prize: their skins.”

In tribal areas of Myanmar and other countries in Asia, it’s believed that elephant skin can treat eczema and other skin conditions. The elephant skin is also made into beads to be sold in jewelry.

The elephants who are poached for their skin are killed with darts and metal and bamboo spears dipped in pesticides, which means they die slow, painful deaths. Since then,World Wildlife Fund (WWF) has been able to fund two anti-poaching squads in Myanmar to protect the elephants. The program has led to the arrest of poachers and has proven to help protect the elephants from such cruel poaching.

It’s clear more of these anti-poaching squads are needed if we are to protect Asian elephants. That’s why this petition calls on the United Nations to fund more of these programs.

You can also donate to the WWF to help them buy the gear necessary to equip the squads. They explain on their Save Their Skins website the necessary equipment and the prices. But to urge the UN to fund such programs, sign this petition!

This article was first published by OneGreenPlanet on 20 October 2019.