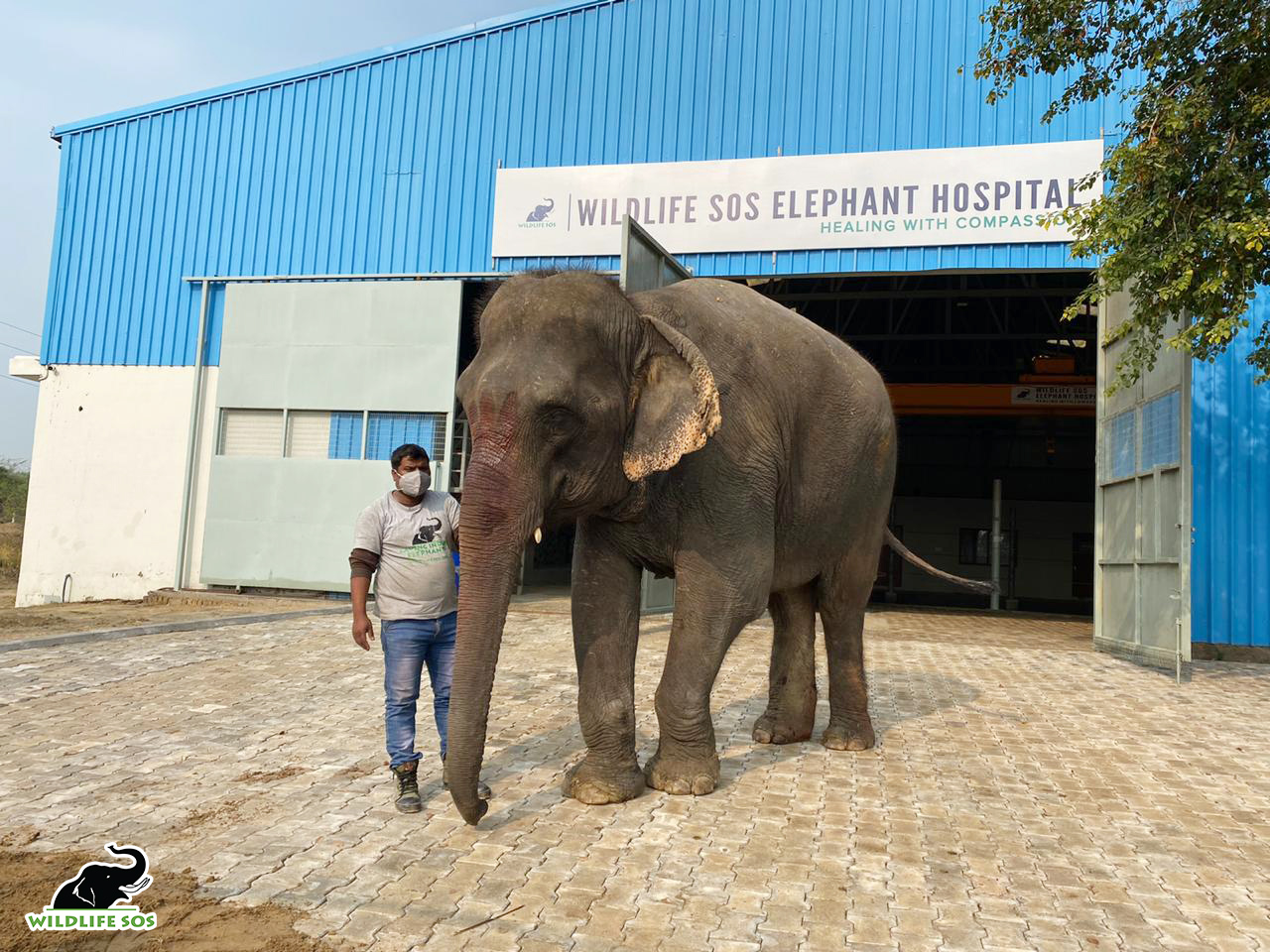 Great news from Wildlife SOS. According to an email from the organization, Emma, a 40-year old elephant that was force-fed alcohol has been freed from her abusive home and was initially transferred for care at the Elephant Conservation and Care Center.

Emma’s previous owners exploited her for profit in various ceremonies and tourist attractions.

Not only was Emma force-fed alcohol, but she was also illegally trafficked and forced to walk more than 300 miles for these attractions.

The alcohol was used as a way to keep her working despite the health issues that she was suffering from.

Emma has multiple medical issues including painful osteoarthritis and footpads that are full of glass, metal and stone fragments. Her poor diet and lack of care will soon be remedied by Wildlife SOS veterinarians and other care workers.

Kartick Satyanarayan, Co-founder & CEO of Wildlife SOS said in an emailed statement, “We had to act quickly so Emma could get the medical care she so desperately needs.

The fact that she was force-fed alcohol by her owner shows the immense cruelty and neglect she has faced all these years.

We are grateful to Chief Wildlife Wardens of Jharkhand and Uttar Pradesh for their support and for entrusting us with her treatment and care.”

After Wildlife SOS was contacted by the Forest Department, Emma was soon transferred to the Elephant Hospital in Mathura for care.

“We are confident that the elephant is in the safe hands of the team at Wildlife SOS and that she will receive intensive care and treatment at the Elephant Hospital,” shared Raghunath Mishra, IFS – Divisional Forest Officer, Mathura.