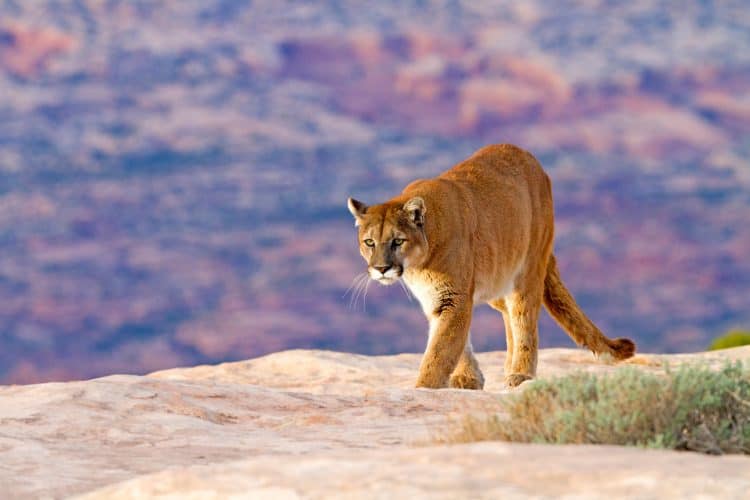 Unfortunately, killing mountain lions (cougars) is legal in much of the United States. They are a considered a “game species” and are legally hunted for sport in these thirteen states: Washington, Oregon, Nevada, Arizona, Utah, Idaho, Montana, Wyoming, Colorado, New Mexico, South Dakota, Texas, and North Dakota.

In these states, the wildlife management agencies dictate the gaming rules. In Utah, specifically, hunters are allowed to kill hundreds of cougars each hunting season, hurting the overall population of a species already widely killed in the United States.

Last year, the quota for cougars during the hunting season was 581, and this year it’s 642. The Utah Wildlife Board made a decision to allow hunters to kill this many cougars.

These wild animals, thankfully, are tough to hunt and therefore much less are likely to be killed. However, it shouldn’t be legal for animals to be killed this way to begin with.

Cougars are already in danger of “road collisions, habitat degradation, isolation from potential mates, and over-hunting are all major threats to the cougar population.”

Not only is it devastating that it’s allowed for this many animals to be killed in the first place, it especially doesn’t add up when you consider that cougar populations have been decreasing.

If their population is decreasing why are the hunting quotas increasing?

If you want to stand up for the beautiful cougars, sign this petition urging Utah to stop the killings of cougars.

This article was first published by OneGreenPlanet on 16 July 2019.