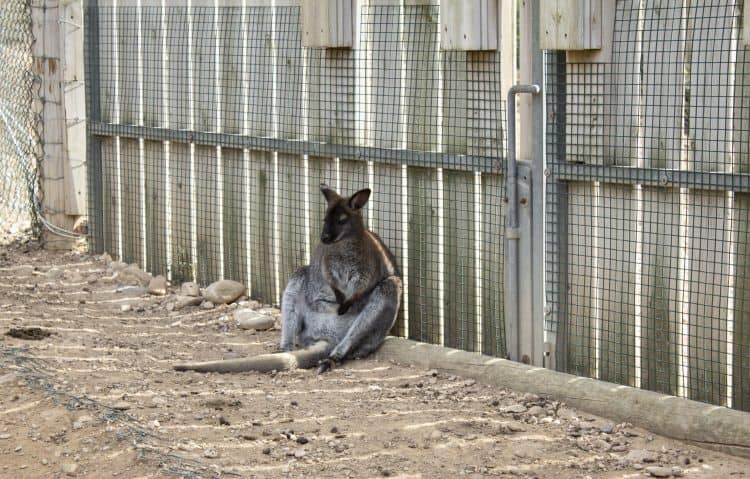 Wild animals are not supposed to be kept as pets in our homes. Dogs and cats become family members because they have been domesticated. However, wild animals belong in the wild.

They should be with their own species and able to follow their instincts in regards to hunting, playing, mating, etc. It’s terrible for their mental and physical health, but also extremely dangerous for the animals and the humans.

A few months ago, a man was killed by his ‘pet deer’ because he didn’t understand that they can become aggressive during mating season.

Recently, a woman in Texas received backlash on Facebook for breeding and selling kangaroos. She described herself as a “small and exotic veterinarian.”

Using Facebook, she was posting advertisements selling baby kangaroos describing them as “real cuddlers,” and marketing them for thousands of dollars.

Her Facebook profile says that she also sells “quality zebras and camels.” People were angry upon seeing the ads with one user saying: “These poor animals should not be for sale, they belong in the wild and not raised in captivity! Poor sweet lil’ ones!! Turn these People in!”

The photos she posted showed the baby kangaroos in diapers and in purses hanging on a wall. It is devastating that these kangaroos are being kept in captivity for someone to exploit them and profit from them.

However, the root of the problem is that she is actually doing this legally. In Texas, all someone needs to own wild animals is register for a license. Then it’s perfectly legal to keep wild animals captive.

From lions to tigers, baboons, chimpanzees, gorillas, and more, all these animals can be kept as pets in Texas. As the story of the man with a pet deer shows, it’s extremely dangerous for everyone involved. If you agree that wild animal ownership in Texas needs to end, sign this petition demanding that the state ban it!

This article was first published by OneGreenPlanet on 27 June 2019.

People should stop trying to take freedom away with more laws, we have enough laws already. Move to another state if you don’t like it. If a man chooses to own a wild animal that ends up killing him that’s his business. It’s too bad and sad, but owning it was his choice. Regardless of how you feel, this petition is an opinion based argument in which the people who want to own certain animals would have their rights taken away because of the opinion of a group who’s rights have not been infringed on in anyway. What if a… Read more »

If the person knows what they’re doing, and can accommodate the animals, there’s absolutely nothing wrong with it. Pretty soon the only place you’re going to see many species is in captivity, because we would’ve completely destroyed their ecosystems and poached them to extinction.

Needs to be banned everywhere

They are not pets

People are so ignorant when it comes to animals ,some can’t even take care of a dog or cat yet they want own wild animals that have no reason to be held in captivity.