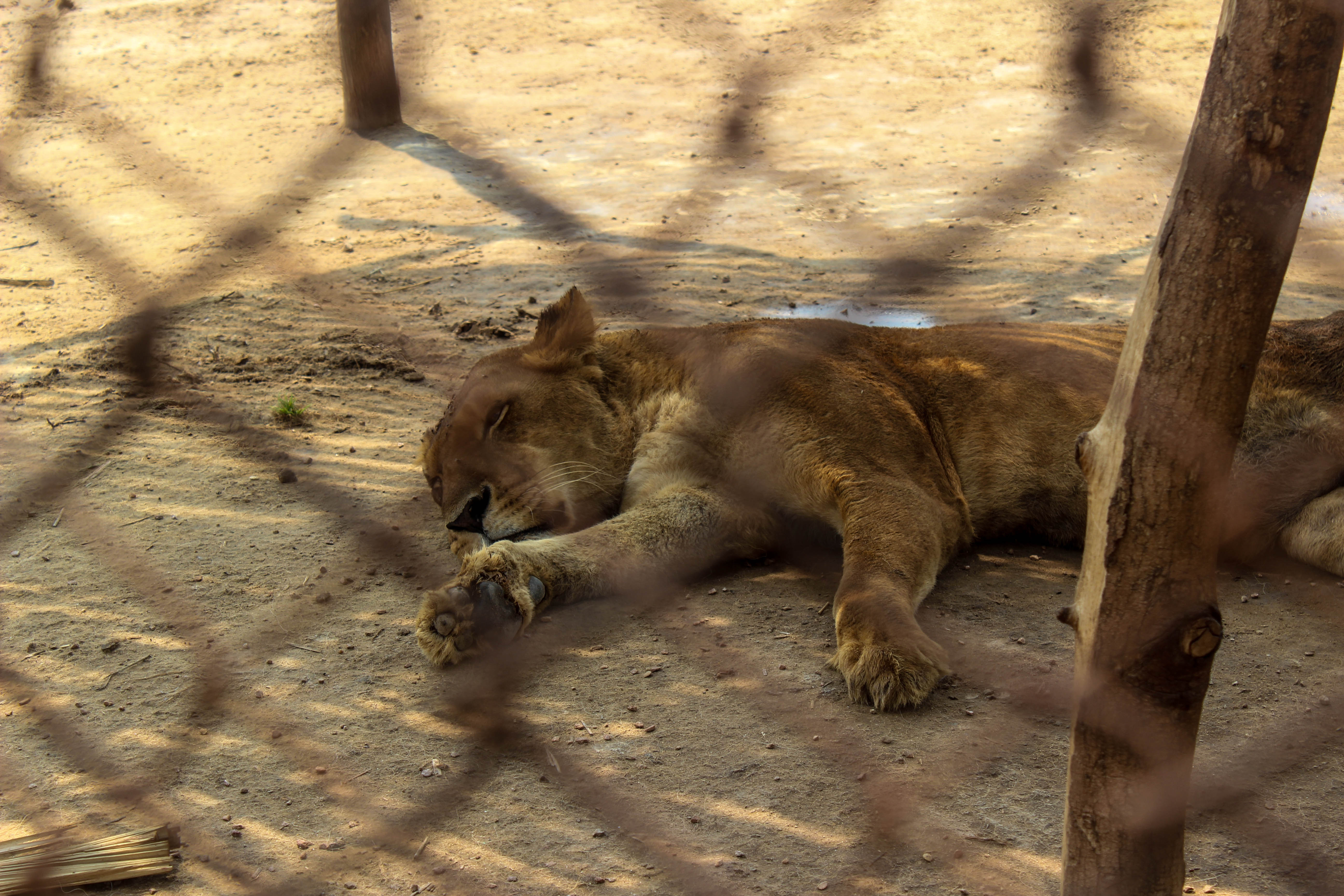 Lions don’t belong in captivity. No big cat, or wild animal does. In captivity at the zoo, wild animals develop both physical and mental health problems. They begin to display strange behavior like pacing, over grooming, self mutilation, and in general, they develop zoochosis.

It’s all devastating, but at a basic level, they should just be able to naturally live out their lives with their own kind in their natural habitat. It’s where they belong and where they can act on their instincts.

For these reasons and more, it’s always cruel to keep wild animals in captivity, but it’s even more horrifying to keep a blind, suffering animal in terrible conditions.

Lyka is a young, blind lioness held captive at Maasin Zoo in the Philippines. She went blind due to a congenital eye condition that was a result of a “breeding mistake,” which is actually what the zoo staff have been heard calling her. Last year,photos and witness accounts of Lyka’s living conditions surfaced on the internet.

Zoo visitors said she looked neglected and depressed. The zoo claims she is “happy,” even though they were heard writing her off as a breeding mistake.

Photos clearly show in a very rusty cage with a sad blue and gray hue in her eyes.A witness told Mirror: “It was obvious me to me that the cage was not clean enough.

We called out to her and she moved her paw a little bit but apart from that she was still. She looked weak.”

It’s difficult enough for any wild animal to live their life in a cage when she should be free, but to be blind and suffering from illnesses makes it even worse. Lyka probably could have received care before her eye condition made her blind if she were at a big cat sanctuary.

Despite claims from the zoo that she was happy,they did admit that“they don’t have the funds to improve the zoo.” But that’s no excuse, especially since the animals don’t belong there to begin with. Other animals at the zoo are said to be ill.

Sign this petition to ask the Governor of Iloilo to immediately close the Maasin Zoo and send Lyka to a sanctuary.

This article was first published by OneGreenPlanet on 1 October 2019.