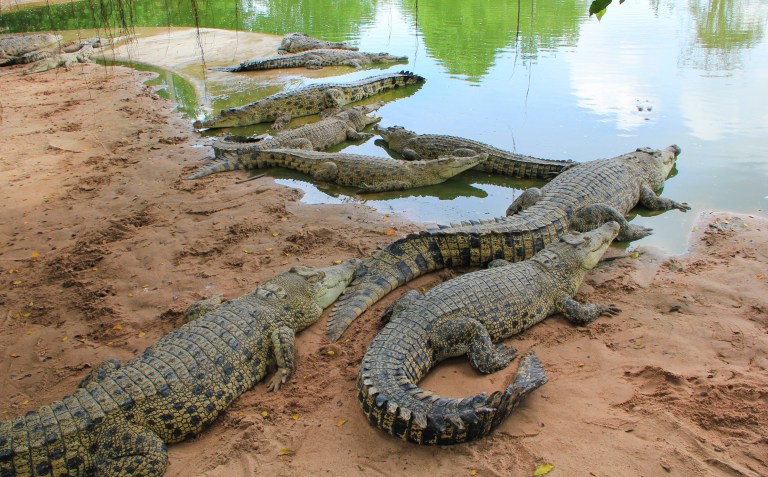 Luxury brand Hermès is looking to build one of Australia’s largest crocodile farms to hold 50,000 crocodiles for use in bags and shoes. Animal activists are speaking out against the French brand’s decision.

The Northern Territory of Australia is home to numerous crocodile farms, all owned by major fashion companies. These crocodiles are exploited to make bags, shoes, and other products.

Dr. Jed Goodfellow, a senior policy officer at RSPCA Australia, told the Guardian that society opposed the killing of animals, “where the purpose of their death is primarily to produce a non-essential luxury item like fur or skin.” He also noted the treatment crocodiles receive in farmed conditions, “including injuries from close confinement, small individual penning arrangements, and the impacts of restraint and slaughter methods.”

Nicola Beynon, of Humane Society International, told the Guardian, “Consumers and fashion houses are walking away from animal cruelty as fast as they can. It seems foolish to be investing in an industry that is no longer fashionable.”

Fur and exotic skins have no use in fashion collections or as accessories being worn by designers. The fashion industry is notoriously cruel toward animals. Animals are kept in cages, treated inhumanely, and exploited for fashion. The exotic animal skin trade punishes animals and treats them terribly to make fancy handbags. Large brands including Ralph Lauren, Chanel, Zara, Versace, Michael Kors, and Gucci have all stopped using fur.

Sign this petition to stop Hermès from selling handbags made from crocodile skin.