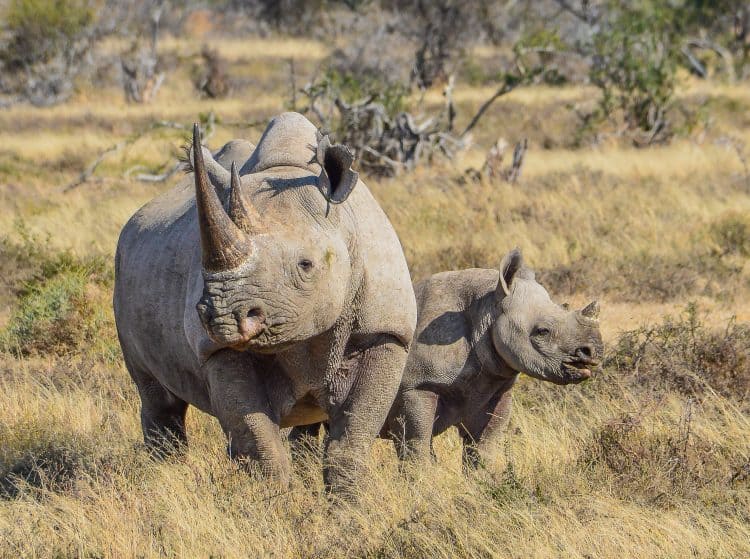 Black rhinos are critically endangered, meaning they are very close to extinction. They need as much protection as possible, but sadly they are often victims of poaching, trophy hunting, and habitat loss.

Rhinos are often poached for their horns which cost a lot of money on the black market. They’re also pushed out of their habitat for urbanization, development, and agriculture or the natural resources on their habitat are depleted.

At The Selous Game Reserve in Tanzania, black rhinos live safely among other animals including hippos, lions, wild dogs, giraffes, and elephants.

This is an important land for these animals, so much that it was named a UNESCO World Heritage Site in 1982 by scientists and conservationists.

It was also designated a lion Conservation Unit by the International Union for Conservation of Nature (IUCN). But now this land is in danger.

Tanzanian officials plan to build a massive dam in the heart of the reserve. The construction would require the deforestation of 1,000 square kilometers.

Not only are these animals going to lose their precious home, but the rest of the habitat would likely be blooded by the reservoir.

Black rhinos are nearing extinction and this is one of their last remaining habitats. UNESCO World Heritage and the IUCN have urged Tanzania not to develop the dam, threatening to strip the reserve of it’s honor and titles, but officials don’t seem to care and plan to continue.

If you are worried about the black rhinos, as well as the rest of the animals at the reserve, please sign this petition urging the president of Tanzania, John Magufuli to protect the endangered animals of the Selous Game Reserve and cancel the construction of the dam!

This article was first published by OneGreenPlanet on 19 July 2019.