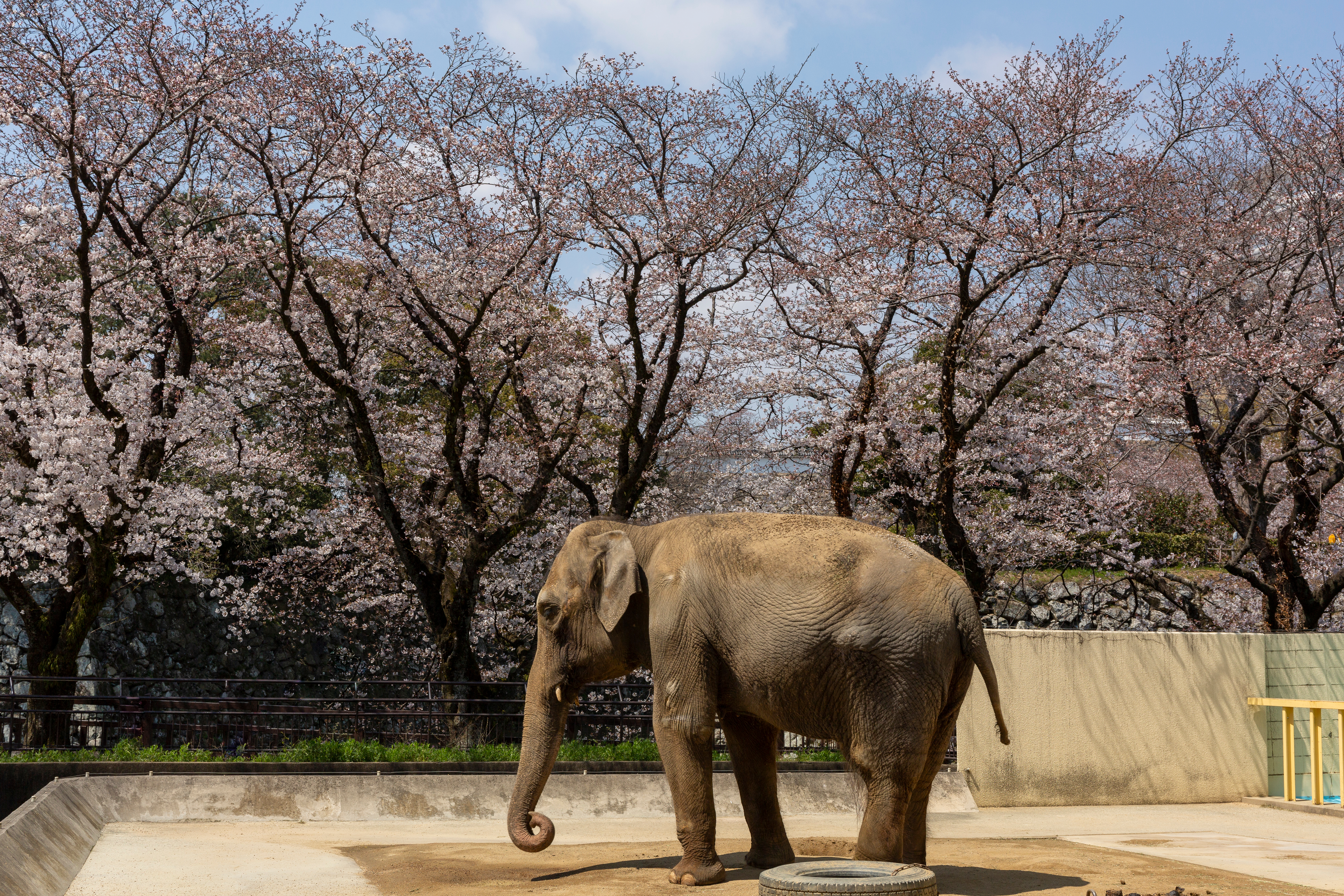 Elephants do not belong in captivity! In the wild, they are highly social animals that roam up to 30 miles in a day with their herd.

They also eat a lot in the wild and put their amazing memory and communication skills to great use! However, in captivity, they never get to do any of these natural things.

They are confined to small cages, put through a soul-crushing phajaan process, are threatened and poked with bullhooks constantly, and their physical and mental health deteriorate.

They become so depressed, they develop zoochosis and exhibit unnatural behaviors such as pacing, self-mutilating, and more.

Himeko is a lonely, depressed elephant who’s been at Himeji Zoo in Japan since 1994. She’s been all alone all these years.

During the day when the zoo is crowded with visitors, she faces away from them, bobbing and swaying constantly to cope with her stress. She also bangs her tail on the steel door of her cage repeatedly.

Sadly, Himeko is also forced to perform for crowds. Threatened with sharp bullhooks, she’s forced to walk around in circles, kneel down to have her head scratched with a broom, and more. In 2017, elephant biologist Dr. Keith Lindsay visited Himeko and described her living conditions as “substandard and unacceptable.”

The campaign Elephants in Japan aims to save Himeko and many other elephants who are suffering like her. As they say, “No more elephants should be forced to live their lives alone, in concrete prisons.”

If you agree, sign this petition demanding change for Himeko! She should be sent to a sanctuary where she can live with a herd of elephants, and not be crammed in a small steel cage all day long.

This article was first published by OneGreenPlanet on 10 July 2019.