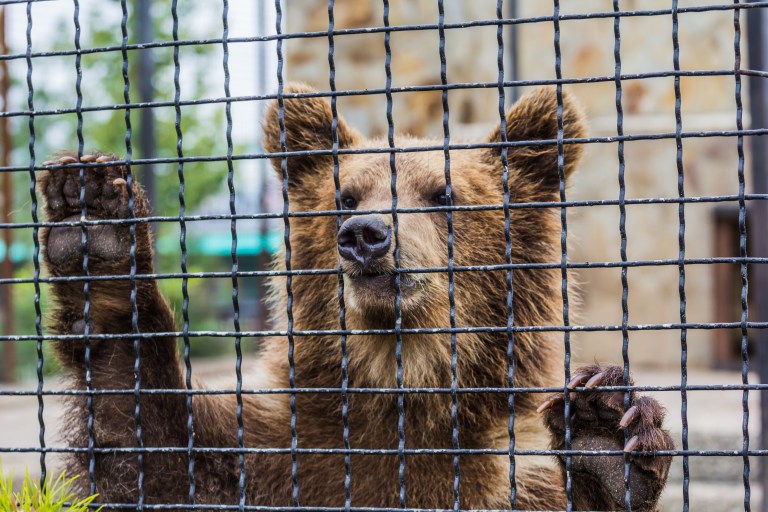 Visiting a zoo is often considered a family-friendly activity that is both educational and fun. Many people view these facilities as beneficial to animals; however, that simply isn’t true.

The poor animals are kept in tiny enclosures for their whole lives. Sometimes they are moved between zoos, which add a whole other level of stress to the experience.

Furthermore, while many zoos like to masquerade as conservation facilities, they are exploitative and many zoos neglect and mistreat their animals. The cruel and stressful environment inevitably takes a toll on the animals’ mental wellbeing. Many suffer from zoochosis and depression, as well as various physical ailments.

Living in captivity can also lead to outbursts that are dangerous for the humans that interact with or are nearby the animals. Recently, a bear at a zoo in Shanghai attacked and killed one of the workers in front of a tourist bus. Another bear in Russia, who was forced to be part of a circus, mauled a worker who entered his cage. When animals, like these bears, are forced to live in tiny cages and unnatural environments, they may become aggressive towards people, other animals, and themselves.

Recently, a video started circulating online exposing the horrible reality for a female bear named Ranoo. She was taken from her family to be kept captive alone at Karachi Zoo in Pakistan. In the video, the bear is shown panting in the immense, scorching heat, surrounded by a sparse environment offering little in the way of shade or relief.

According to zoogoers, she seems extremely hungry and thirsty, with no food or water in sight. Her fur appears extremely matted and ragged, while her nails are overgrown, suggesting serious negligence. Experts say that Ranoo is not even being treated with proper medical care and is likely suffering from loneliness since she is the only bear. No animal should ever be treated like this!

Sign this petition to demand that Ranoo the bear be reunited with her family and that the whole bear group is sent to a reputable sanctuary!

This article was first published by OneGreenPlanet on 3 November 2020. Lead Image Source: J_K/Shutterstock