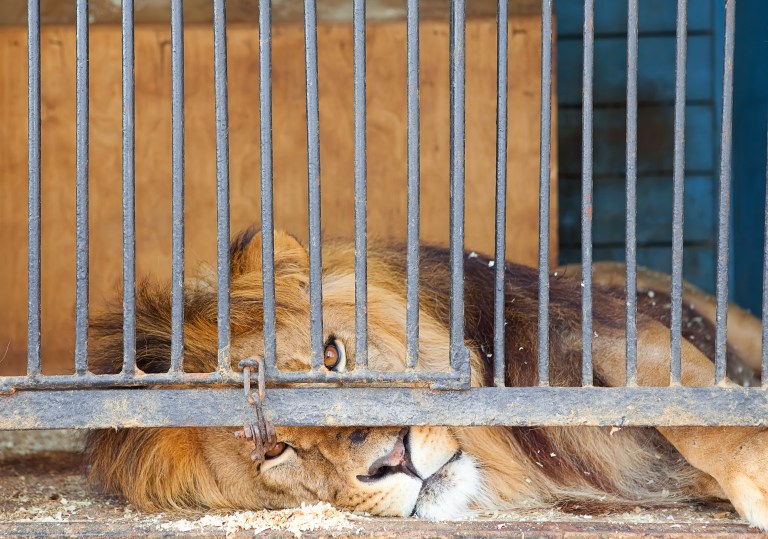 A starving lion and other underfed animals were reported by a visitor at the Gamji Gate Zoo in Nigeria, two groups are stepping in to help the animals. [email protected], a local animal charity and the Nigerian Association of Zoological Gardens and Wildlife Parks (NAZAP) stepped in to take on the situation.

Francis Abioye, NAZAP National President, said that flooding was to blame for the neglect of the animals. He told News Agency of Nigeria (NAN), “The problem started after a recent flood ravaged the park and affected majorly the cats and paddocks.

Lack of equipment to tranquilise the lion and gain closeness made it impossible to rescue the animal immediately.

An executive of NAZAP on getting the information immediately mobilised to the scene and has been able to rescue the animal, the situation is now under control.

The government will also be subject to new procedures and accreditation under NAZAP. The zoo will be temporarily closed until the situation is sorted.

[email protected] shared on Instagram, “Our promise was granted — Within 24hours we had sent a skilled Vet to Shadow side 🦁at the Kaduna Zoo in Nigeria(Not an easy task with Covid and civil unrest around Nigeria). Urgent Feeding programmes for all the animals at the Zoo also in place.

Shadow continues to defy expectations, to have survived his flooded cage that saw the animals held captive at the Zoo suspending themselves above objects to breath, while their entire bodies were submerged in the flood, is astounding! The impact was continued loss of appetite, loss of weight, skin infections.”