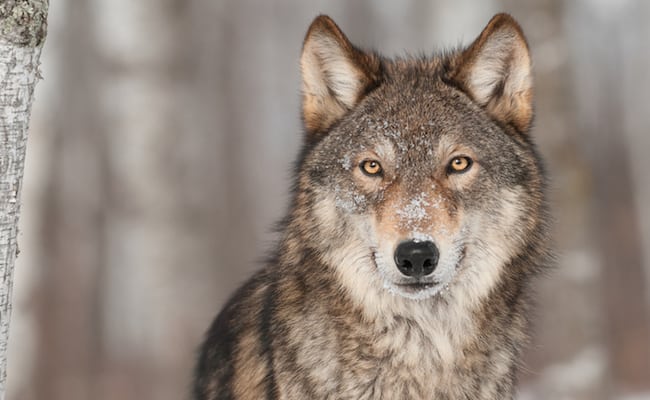 The gray wolf is still an endangered species in Sweden. Environmentalists say that reducing the wolf population in Sweden to 170 is not enough to ensure their survival. “There is no scientific basis for these figures… It’s a purely political decision,” says Mikael Karlsson of the Swedish Society for Natural Conservation (SNCC).

Under the 1979 Berne Convention (which most European countries including Sweden have signed), hunting wolves is prohibited. Should Sweden proceed with the scheduled licensed wolf hunt, the European Commission, could threaten it with legal action as it did in 2011.

The “last time” Karlsson is referring to was a hunt scheduled to occur this past February in which 16 inbred wolves were to be killed. A court decision stopped this hunt on the grounds that this was not the right method to address concerns about Sweden’s wolf population. As Swedish WWF has noted, the country is “a large country with very high densities of prey” and “is also relatively sparsely populated compared to other countries in Europe which have wolves.”

Swedish officials say that the wolf population has since grown and that culling it can preserve livestock and even increase people’s support for maintaining wolves in the wild. “Sweden has never had so many large predators as now. That’s good news for everyone who works to protect biodiversity,” Environment Minister Lena Ek said in a statement about the new hunting policy.

After being essentially eliminated in most of Western Europe, the wolf has been making a comeback and some have recently been sighted in Germany and the Netherlands after decades. Environmentalists say that reducing the wolf population in Sweden to 170 is not enough to ensure their survival. “There is no scientific basis for these figures… It’s a purely political decision,” says Karlsson, who also charges that the Swedish government does not want to lose votes in rural areas that the pro-hunting Swedish Democrats target.

Earlier surveys have found that most of the Swedish people are “already positive to the wolves in rural areas.” Hunters and sheep farmers have raised the most objections. “Sweden does not have enough room for both wolves and humans,” Johan Boström of the National Association of Huntsmen, contends, adding that ”we think grey wolves in Sweden should not be in the wild… they should be kept behind fences.”

The population of wolves in Sweden are all descended from three wolves who emigrated into the country in 1983 from Finland (whose wolf population numbers about 200). There has been no evidence of genetic exchanges with the Finnish/Russian wild population since 1991. Genetic diversity among Swedish wolves is very low and “higher than for full siblings mating.”

As Tom Arnbom, an expert on predators at Swedish WWF, said in response to the announcement of the new hunting policy, “it’s deplorable that the government is consciously undermining the whole EU legal system that should protect endangered species.” Conservationists think that, as it did in 2011, the European Commission will threaten Sweden with legal action over the licensed hunts. Under the 1979 Berne Convention (which most European countries including Sweden have signed), hunting wolves is prohibited.

Sweden’s wolf population is just starting to make a comeback.

Tell the government to stop the wolf hunt!

Don’t delay. Do it today!

The editorial content of this article was written by Kristina Chew for Care2.com

we neeeeeeeed all wolf– no more smile-hunter on this planet–i love wolf- but not hunter :-(((

How many wolfes are there in Poland???

there are very few wolfes in the big Sweden, this a wrong decision

OOO!!! Sweden be ashamed. In so big Poland are 750 wolves. Look at that http://www.polskiwilk.org.pl/rozmieszczenie-wilka; Blanca