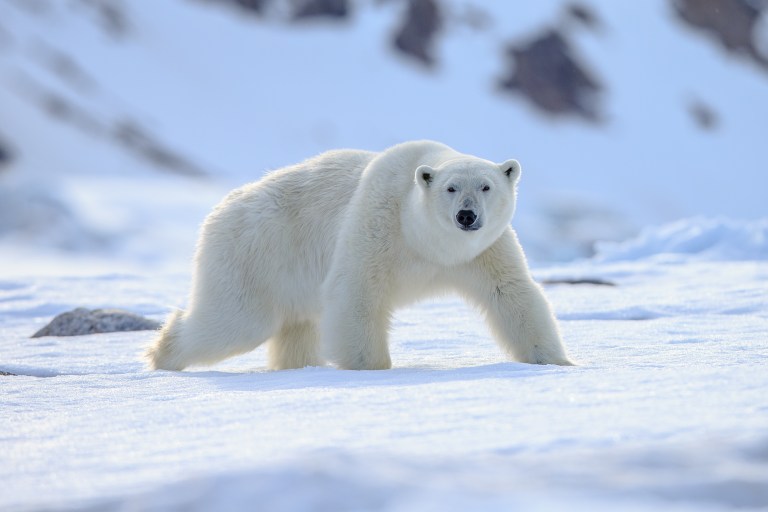 Sadly, some leaders have made plans to exacerbate the diminishing polar bear population, rather than trying ot save them.

Trump’s presidency has been full of rollbacks that severely weaken environmental and wildlife protections.

This includes weakening the nation’s most essential environmental law, NEPA, as well as opening up 20 million acres of national preserve lands in Alaska for trophy hunting.

Trump also opened up the Coastal Plain of the Arctic National Wildlife Refuge for oil drilling, even though its the most important nursery ground for Southern Beaufort Sea polar bears.

Climate change leaves fewer and fewer areas suitable for nursing. Now Trump wants to start drilling in one of the few areas left where these polar bears can nurse.

Because methods at detecting polar bears are often ineffective and inaccurate, these poor bears are at risk of being buried alive in their dens.

Fortunately, Rep Jared Huffman (D-Calif.) introduced the Polar Bear Cub Survival Act to protect these precious bears. This act would “prohibit oil and gas activities within one mile of polar bear maternal den habitat, and for other purposes.”

Sign this petition to support the Polar Bear Cub Survival Act and urge your elected officials to do the same!