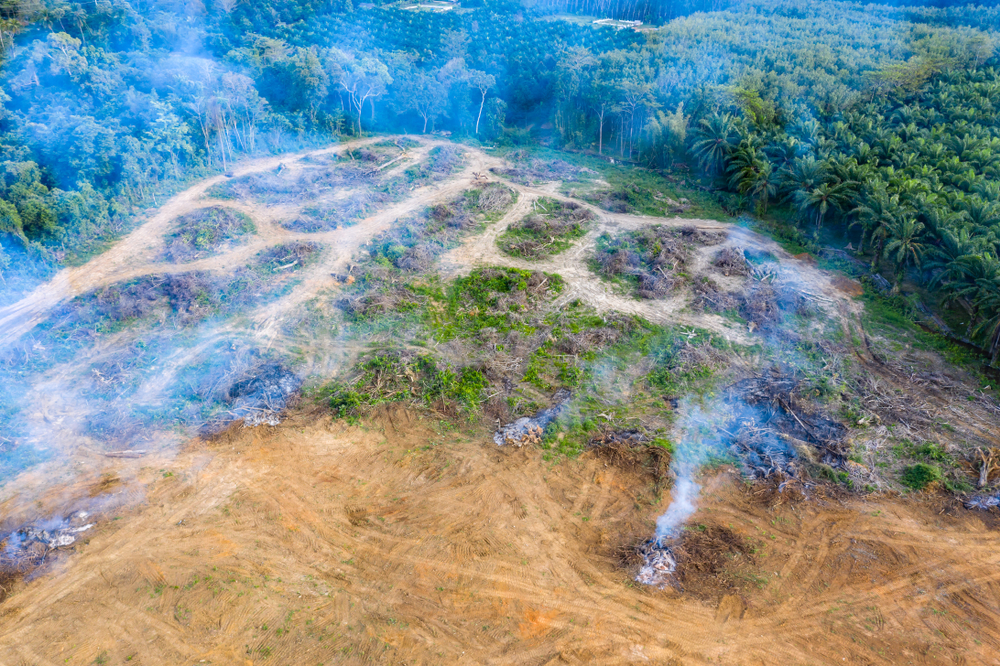 According to the United Nations, palm oil is found in approximately half of all products in supermarkets. But palm oil is destroying forests and killing animals. Orangutans, especially, are losing their homes and lives to the production of palm oil.

Palm oil is taken from forests that house 10% of the world’s biodiversity and provide carbon sinks for the world. And right now, the forests in Borneo are burning and animals native to that land, like Bornean orangutans are being driven to extinction.

Officials said about 80% of the fires in Sumatra and Borneo’s rainforests were started to make room for palm plantations, reportedly destroying 800,000 acres. Karmele Sanchez, of International Animal Rescue Indonesia,told Mirror: “The threat of fire has become the greatest danger to the life of orangutans.

Those who are saved are the lucky ones. But there are still many who may die in the fires or who can’t survive because of lack of food or who are killed by people.”

As CNN reports on the Borneo rainforest: “It’s a living, breathing natural history museum filled with 15,000 plants, 420 types of bird and 222 mammals — many of them unique to Borneo.

One of the closest genetic relatives to humans, these great apes share 97% of our DNA. Orangutan even translates to ‘man of the forest’ in Indonesian.”

How can we continue to let them die then? Just for the sake of one product that we can live without, or at least use much less. Demand for palm oil must decrease, but palm oil producers should be stopped. There has to be a limit. They cannot be allowed to destroy forests and kill animals.

If you agree, sign this petition urging the governments of Indonesia, Malaysia, and Brunei to crack down on palm oil fires, and save the orangutans before it’s too late!

This article was first published by OneGreenPlanet on 24 December 2019.