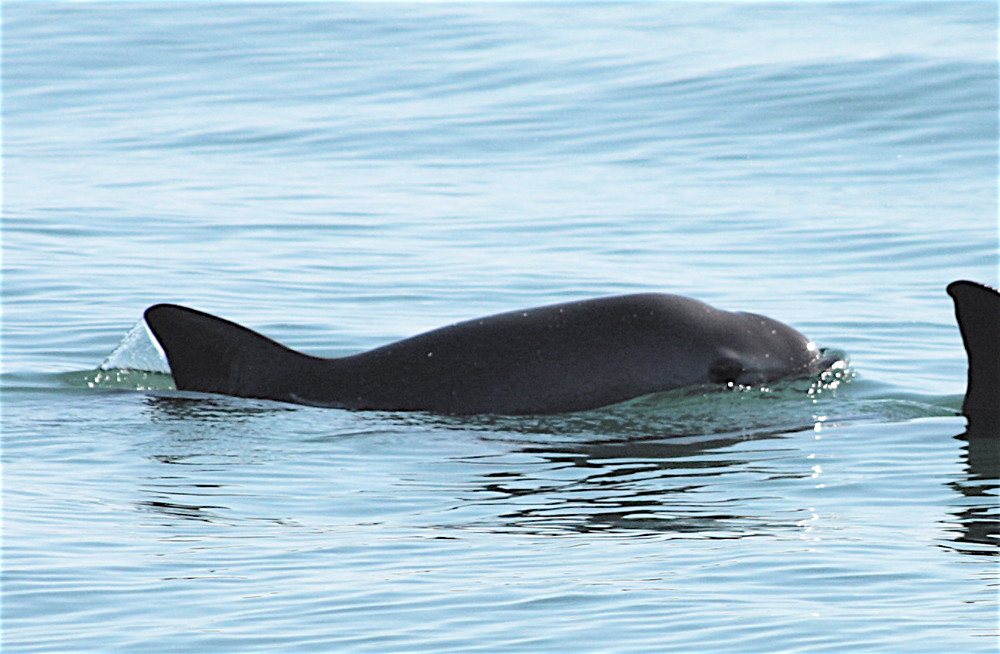 Vaquitas are a rare marine mammal, relatives of the dolphin. These porpoises are the smallest marine mammal. They’re often found on the northern part of the Gulf of California — when and if they’re found at all. Unfortunately, they may soon not be found at all anymore.

There are less than 20 vaquitas left on earth. These porpoises sadly fall victim to the fishing industry, getting caught in the gillnets of fishermen aiming to catch other marine species.

To highlight the drastic population drop, it’s important to note that in 1997, there were about 600 vaquitas. And now they’re on the verge of extinction.

The threats to their survival have only been increasing. As the San Diego Union-Tribune reports: “That has worsened as an illicit market has grown for another endangered species endemic to the region, the giant totoaba fish.

Poachers catch those fish in order to export their lucrative swim bladders, and vaquita become trapped and drown in the totoaba nets,” and “Although Mexican environmental laws prohibit fishing in the federally protected Vaquita Refuge, researchers said they aren’t enforced.”

The Marine Mammal Protection Act (MMPA) could help save the vaquitas if only it was enforced. The law bans the importation of commercial fish or fish products that have been caught using a technology that results in an unacceptable number of animals being killed or injured — technology like gill nets used by fisherman in the Gulf of California. The Trump administration, however, has refused to enforce the ban.

Because of their inaction, the vaquitas can disappear before we know it.

Sign this petition urging the current administration to enforce the MMPA and try to save the last few vaquitas on earth!

This article was first published by OneGreenPlanet on 13 December 2019.