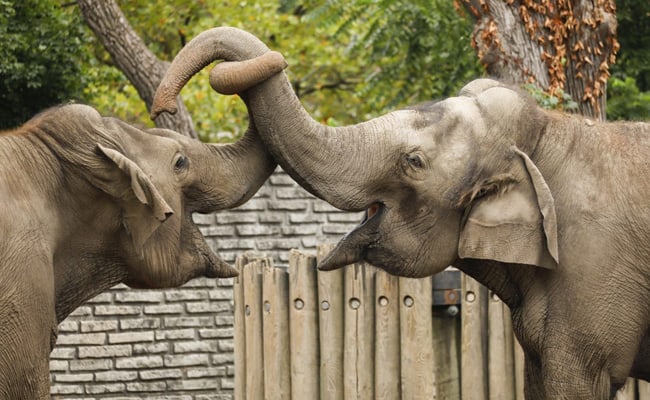 As shown in a recent viral video, one tourist learned the hard way that elephants are not ours to use for entertainment—and luckily for her, she walked away with just a bruised ego.

The internet got a good laugh at the expense of a woman who received a firm smack from an elephant in Zambia, Africa.

In the video, a group of tourists are seen touching an elephant’s trunk. As one of the tourists holds up her phone to take a photo, the elephant lands a devastating blow, knocking her to the ground. The video has over 10 million views.

Let this be a reminder that using captive elephants as tourist attractions can lead to dangerous—even deadly—consequences.

The best way to appreciate wildlife is to allow animals to enjoy being in their own spaces without forced human interaction.

Countless humans and other animals have sustained injuries and even been killed because of cruel tourist attractions like animal rides and photo ops.

Elephants are some of the world’s most awe-inspiring animals. They are also among the most abused animals in the tourism industry.

Whether they’re born in captivity or abducted from their families in the wild, they must be emotionally and mentally broken before humans can climb onto their backs or force them to do tricks.

Proof elephants don’t want to be in your photos.pic.twitter.com/0u7HcMKjSE

The international watchdog organization TRAFFIC has documented that traffickers corral elephants into pits, where they kill the older animals and capture the younger ones, whose spirits will be broken so that the public can come into contact with them in the tourism industry.

Some facilities disguise themselves as “sanctuaries” in order to dupe unsuspecting tourists into believing that their activities benefit elephants.

Speak Up for Captive Elephants

Everyone who buys a ticket to ride an elephant or books an excursion involving captive animals has a hand in this merciless cycle of abuse.

But you can make a difference: Please sign the petition below to urge companies to end this violence.

This article was first published by PETA on 9 July 2019.