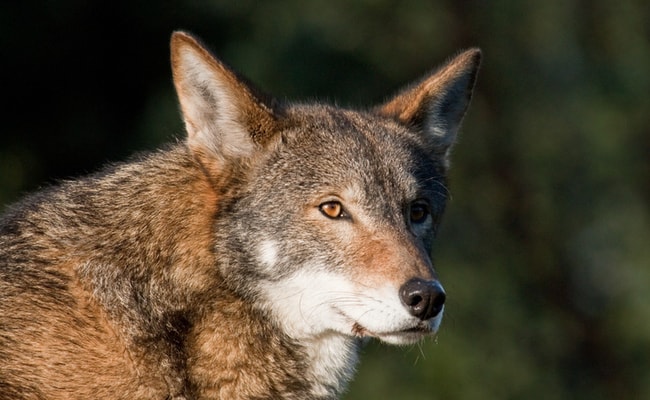 Red wolves have continued to slide closer to the brink of extinction in the wild since recovery efforts began, but they just got some major support from members of the public who have made it clear that letting them slip away when we have the chance to save them is unacceptable.

Red wolves once roamed vast portions of the southeast, but they were essentially wiped out by the 1960s due to habitat loss and predator control programs. In 1973, they were protected under the Endangered Species Act and the last remaining red wolves were later captured. In 1980, they were officially declared extinct in the wild.

Seven years later, red wolves who were part of a captive breeding program were released in the Alligator River National Wildlife Refuge in North Carolina – the only state where they exist today. Since then, their range has expanded to include 1.7 million acres, covering five counties in the northeast part of the state.

While the recovery program was initially successful, with the population growing to 120 red wolves in the wild by 2001, according to the latest five-year status review and species status assessment released this past spring, there are now fewer than 40left.

Efforts to help them recover have been controversial, drawing opposition from a range of stakeholders from private landowners to the state’s own Wildlife Resources Commission, while the U.S. Fish and Wildlife Service (FWS) has also been harshly criticized for weakening the recovery program, not dealing with coyotes (who hybridize with red wolves), issuing permits for them to be killed, not investigating illegal killings and stopping re-introductions – even though there are more than 200 captive red wolves at facilities across the country.

Unfortunately, over the summer the FWS took another step backwards when it released a shocking proposal that conservationists feared would doom red wolves to extinction.

Under the proposal, the existing recovery area would be reduced by 90 percent, limiting them to just a single county where it’s estimated fewer than 15 wolves would be able to survive.

It would also get rid of protections for any wolves that wandered off of federal land, which would allow them to be legally shot, trapped and killed without consequences, and doom those in the captive breeding program to living out their days in confinement.

That proposal, however, has thankfully been met with widespread public opposition.

According to a coalition of animal advocacy and conservation organizations that counted thousands of public comments submitted for this proposal , 99.9 percent of more than 108,000 comments received opposed the plan and favored strong federal protections for red wolves instead – including a vast majority of comments submitted by North Carolina residents.

“The US Fish and Wildlife Service’s shameful hostility toward red wolves has been met with the strongest possible condemnation by the citizens of this country,” said Perrin de Jong, staff attorney for the Center for Biological Diversity in Asheville, North Carolina. “The verdict is in, and citizens from across this country, this state and the red wolf recovery area want the feds to do more, not less, to protect and recover this critically endangered species.”

Soon, the FWS will publish a final rule that will determine the future of red wolves, which could happen as early as this month. It now only remains to be seen whether the agency will listen to public sentiment and uphold its duty to protect red wolves under the Endangered Species Act.

“Wildlife, including red wolves, are managed by the USFWS in trust for the American people,” said D.J. Schubert, wildlife biologist at the Animal Welfare Institute. “The people have now spoken loud and clear of their support for the protection and recovery of the red wolf in the wild and it is time the government starts to listen and comply with the public’s clear message. Less than 20 years ago, there were more than 130 red wolves in the wild. These numbers can be achieved again if the USFWS complies with federal law.”