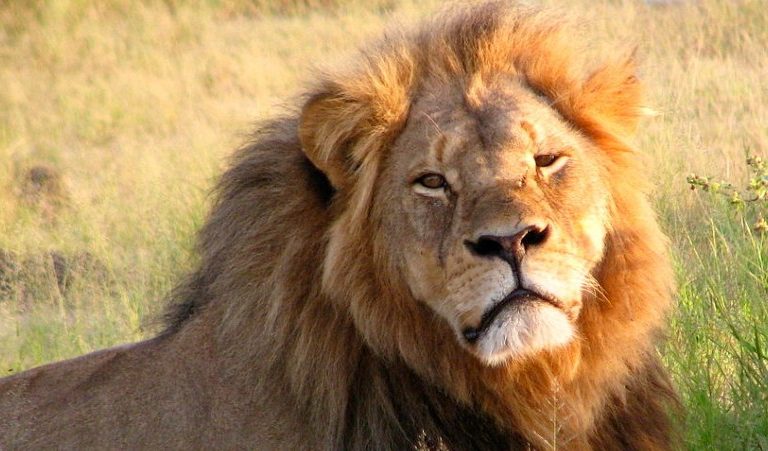 On this episode of the Mongabay Newscast, we take a look at the state of the debate over trophy hunting five years after the killing of Cecil the Lion sparked widespread outrage.

Last week was the fifth anniversary of the killing of Cecil the Lion, who lived primarily in Hwange National Park in Zimbabwe, where he was a famous attraction for tourists and wildlife photographers. On July 2nd, 2015, after wounding Cecil the day before and tracking him for more than 12 hours, an American dentist and recreational hunter named Walter Palmer killed Cecil just outside of the park.

Has the outcry against trophy hunting that resulted from Cecil’s killing resulted in any policy changes, like bans on trophy hunting or the import of animal trophies? Does trophy hunting make a meaningful enough contribution to the cause of conservation to justify the practice? How has the debate over these questions evolved since Cecil’s death? We’re joined by three guests to discuss these issues.

We’re also joined by Amy Dickman, founder of the Ruaha Carnivore Project, which works with local communities in southern Africa to develop effective conservation solutions. Dickman is also a research fellow with Oxford University’s Wildlife Conservation Research Unit, which had been studying Cecil and many other African lions for years. She says that banning trophy hunting outright could actually harm the cause of conservation.

And we’re happy to welcome to the program Maxi Pia Louis, director of NACSO (the Namibian Association of Community-based natural resource management Support Organizations). Louis provides us with a firsthand perspective on trophy hunting and community-based conservation and tells us why it’s important, if rare, for African voices to be part of the debate about trophy hunting.

And we revisit a conversation with Jane Goodall that we featured here on the Mongabay Newscast in 2017 in which she discusses her take on trophy hunting. You can listen to the full episode, in which Goodall discusses research vindicating her assertion that individual animals have their own personalities, Cecil, and more, here:

If you enjoy the Mongabay Newscast, we ask that you please consider becoming a monthly sponsor via our Patreon page, at patreon.com/mongabay. Just a dollar per month will help us offset the production costs and hosting fees, so if you’re a fan of our audio reports from nature’s frontline, please support the Mongabay Newscast at patreon.com/mongabay.

You can subscribe to the Mongabay Newscast on Android, the Google Podcasts app, Apple Podcasts, Stitcher, TuneIn, RSS, Castbox, Pocket Casts, via Pandora or Spotify, or wherever you get podcasts. You can also listen to all our episodes via the Mongabay website here on the podcast homepage.

This article by Mike Gaworecki was first published on Mongabay.com on 8 July 2020. Lead Image: Cecil the Lion in Zimbabwe’s Hwange National Park in 2010. Photo via Wikimedia Commons, licensed under CC BY-SA 2.0.