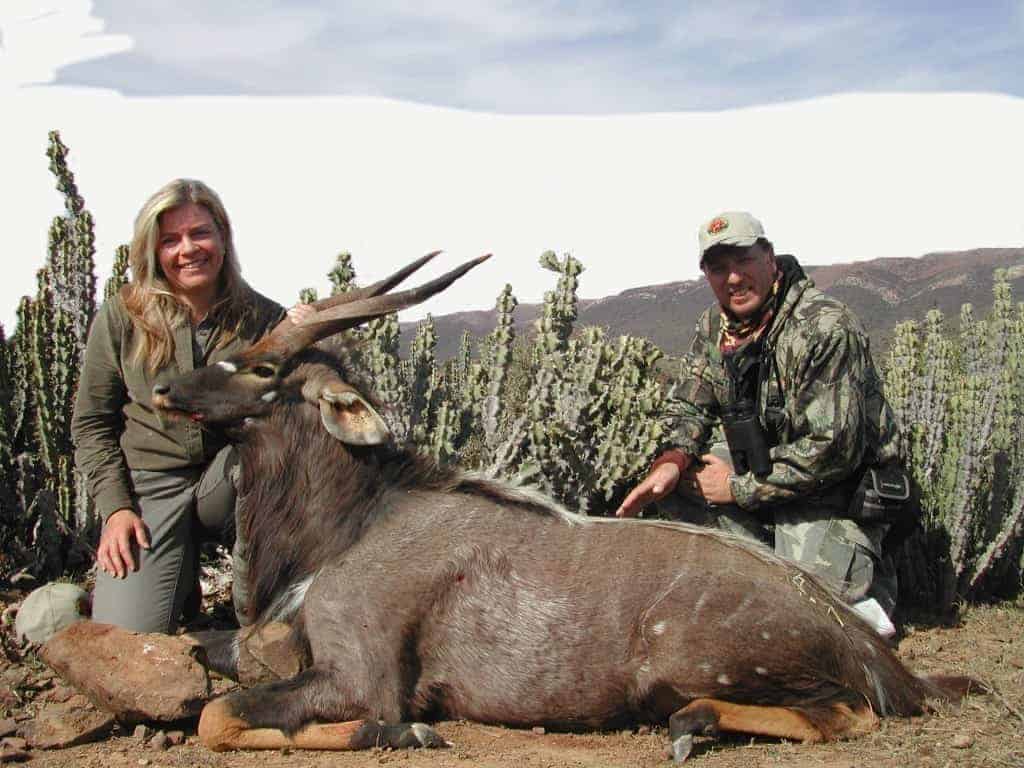 The recent media frenzy over the killing of two named lions in Zimbabwe has brought undue focus to African big game hunting. While conflicting versions of exactly what happened prevail, we will let the legal system determine first if these actually were illegal acts and secondly where guilt lays.

The media coverage predictably spawned global outrage over the killings which then spread to calls for outright bans of future lion and big game hunting. Before reaching a judgment on the future of big game hunting, Safari Club International feels strongly that it is important for all to understand the background and facts of big game hunting.

First, one must realize that Africa is a big place – at over 30 million square kilometers it is over three time the size of the entire USA. Africa consists of 54 independent countries with a population of about 1.1 billion people which is projected to double again to over 2 billion within the next 25 years.

The vast majority of tourists visit only the cities and national parks which occupy only a fractional percentage of the total continental area where games drives of Kruger, Etosha, Hwange, Ngorongoro Crater and the Serengeti provide ample photo opportunities for their “wild” African experience. Photos are shown, distributed and published resulting in the public perception that all of Africa is covered with abundant game animals.

However, in the vast majority of Africa, animal densities are nowhere near what is seen within these parks and photo tourists are simply not willing to spend a week or two in the bush in the off chance that they may get a photo of a lion, leopard or elephant. In truth, much of the remaining area of Africa is undeveloped with no power grid, no water system, primitive roads if any, and much of the area with no law enforcement.

The rest of the continent is rural agricultural based lands where people try to feed the burgeoning population by farming and rearing livestock. As the African human population skyrockets, more and more land is needed to support this growth resulting in lost wildlife habitat. Also with the human population increase, poaching increases and big game animals are poisoned, trapped and snared since they are in direct competition with livestock.

In the background, the safari hunting industry has quietly operated for well over a century and has now grown to an over $200 million dollar annual industry. Much of the remote habitat in Africa, never visited by photo tourists, is leased or owned by safari operators and conservancies for the purpose of hunting.

Typically a safari operator will purchase hunting rights from the government for a concession area which may or may not be close to a national park. Government game managers then assign him a “quota” of animals he is allowed to take during the year. The quota is based on population field surveys and is determined to be a sustainable off take that will not compromise the overall population.

It is then up to the safari operator to market his concession and attract clients willing to pay for the right to hunt there. This system gives resident animals a distinct value and hunting them will result in substantial economic benefits to support continued game management, national park operating costs, conservation programs and support of local communities. The safari operator also now has a vested interest in his resident animals and will support regular anti-poaching patrols to ensure healthy populations continue to exist.

All of this is driven by hunting client dollars in a user-pays context and as an extension of the North American Conservation Model. The model prohibits illegal harvest of animals, selling of game meat, allocates wildlife by law and provides for science-based management.

To date, the system has also worked to protect African wildlife in a similar context by providing the necessary economic incentive to support big game management. Currently in South Africa private land areas over twice the size of the combined national parks are used for big game hunting with the result that plains game species numbers now are higher than at any time in history.

What happens when there is no hunting? In this case, resident wildlife has no value to the local communities and there is no incentive to conserve them. The test case examining the results of hunting closures has been run time and again with consistent results. Tanzania banned hunting from 1973 to 1978 and wildlife populations suffered. Zambia halted hunting from 2000 -2003 and poaching went rampant.

Similarly, Kenya has banned hunting since 1977 with the result that wildlife populations outside of the park system have collapsed. Lion numbers have fallen from over 20,000 to now just 2,000 during this no-hunting period. Botswana has banned hunting for the past two years and current field reports confirm significant increases in poaching.

Both the World Wildlife Fund (WWF) and the IUCN have long recognized that trophy hunting represents the wise and sustainable use of wildlife and can be consistent with and contribute to conservation, because the social and economic benefits derived from use of species can provide incentives for people to conserve them and their habitats.

These are not new arguments or new facts, they were well understood over 100 years ago, have been practiced by Safari Club International members and are best articulated in this 1905 quote from Theodore Roosevelt:

“In a civilized and cultivated country wild animals only continue to exist at all when preserved by sportsmen. The excellent people who protest against all hunting, and consider sportsmen as enemies of wild life, are ignorant of the fact that in reality the genuine sportsman is by all odds the most important factor in keeping the larger and more valuable wild creatures from total extermination.”

Dr. Maki has authored and co-authored over 250 publications and reports and 6 books on numerous aspects of environmental quality, fate and effects of chemicals in the environment, ecological risk assessment, toxicology, wildlife and aquatic biology.

Active in a wide range of professional organizations, Dr. Maki is a former member of the U.S. Environmental Protection Agency – Science Advisory Board and has served on numerous advisory panels for EPA Office of Research and Development. He is a former President of the Society of Environmental Toxicology and Chemistry, and has served on National Academy of Science panels concerned with the assessment and management of ecological risks, and panels to review environmental contamination issues in Eastern Europe.

He is a lifelong hunter having hunted on all continents and has completed 23 African safaris to sub-Saharan countries. Dr. Maki is an international hunter, currently serves as Corporate Secretary for Safari Club International and as Chair of the Conservation Committee where he stewards over 60 conservation programs concerning big game species worldwide.

This article was first published by The Daily Caller on 11 Sep 2015.

We invite you to share your opinion whether African trophy hunting can support conservation? Please vote and leave your comments at the bottom of this page.