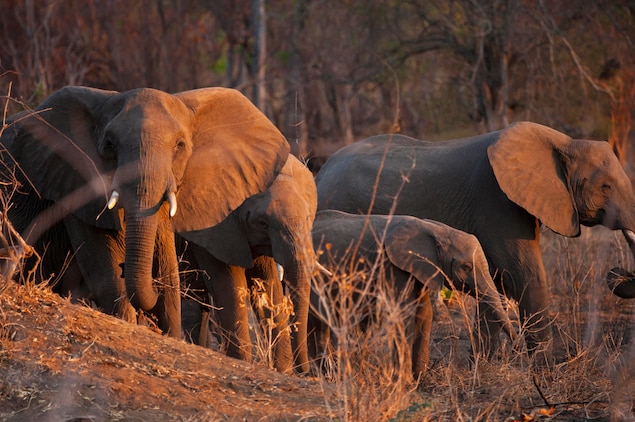 Is killing an endangered animal for sport the best way to save the species from extinction? The World Bank—one of the largest sources of financing for biodiversity conservation projects in developing countries—thinks it is.

The World Bank approved a U.S. $46 million grant to Mozambique, one of the world’s poorest countries, late last year to bolster tourism and alleviate poverty. Now, $700,000 of that has been earmarked to bolster trophy hunting of elephants and lions.

Mozambique’s elephants, poached for their ivory for the illegal trade to Asia, are in a precipitous decline. Between 2009 and 2014, their numbers fell from an estimated 20,000 to 10,300, according to a survey by the Wildlife Conservation Society as part of the Great Elephant Census.

In Mozambique—as well as other poor African countries, such as South Africa, Namibia, Angola, Zimbabwe, and Tanzania—sport hunting has long been embraced as a way to help finance wildlife protection. (Hunting hasn’t saved Mozambique’s rhinos, however, which were declared locally extinct in 2013.)

By contrast, in the face of losses of their elephants and other animals, Botswana and Kenya have banned big-game sport hunting.

Opinions about sport hunting as a conservation strategy are sharply divided.

“When properly regulated, and when revenues are distributed to communities in and around parks,” says Madji Seck, a spokesperson at the bank’s Washington, D.C. headquarters, hunting “is an important tool for the sustainable management of parks and natural assets.”

Many opponents say that hunting revenue isn’t substantial enough to give poor communities a meaningful boost, especially if corrupt government officials line their own pockets with some of that money.

For Jeffrey Flocken, North American Regional Director of the International Fund for Animal Welfare (IFAW), it’s also a moral issue. Given the gravity of the poaching crisis, authorities such as the World Bank, he says, “need to catch on to what the rest of the world already knows—that killing animals to save them is not conservation. It’s just wrong.”

Use It or Lose It

Under the World Bank’s Mozambique initiative, 80 hunting permits a year at $11,000 each will be issued for elephants and 55 to 60 for lions at $4,000 each. The bulk of the revenue will go to the Mozambican government, but 20 percent is to be redistributed to communities living alongside conservation areas.

It [hunting] is obviously not speaking for species preservation. It’s killing for revenue.

The World Bank “is driven by a utilitarian perspective on the consumptive use of wild species,” said Phyllis Lee, a zoologist with the Amboseli Trust for Elephants, in Kenya.

The idea of consumptive, or sustainable, use of wildlife, which is written into the Convention on Biodiversity, a multilateral treaty whose objective is to develop national strategies for the conservation and sustainable use of biological diversity, is that it makes sense for humans to benefit from animals in ways that don’t undermine their habitats and populations.

But, as Lee said, “it now appears to some conservation practitioners that sustainable use has been hijacked to represent [sport] hunting.”

She points to the recent admission of the Dallas Safari Club into the International Union for Conservation of Nature, the world body that focuses on valuing and conserving nature by ensuring effective and equitable governance of its use, and the sport hunting club’s controversial auction of a permit to kill an endangered black rhino in Namibia, as “the worst possible way of allowing a hunting voice to speak for conservation.

Ben Carter, executive director with the Dallas Safari Club, said that the $350,000 paid by a Texan hunter, who shot the black rhino in March, will go directly to a conservation trust fund in Nambia.

“There’s a biological reason for this hunt,” Carter said. “It’s based on a fundamental premise of modern wildlife management: Populations matter; individuals don’t.”

Will Travers, President of the Born Free Foundation and Born Free USA, an international wildlife charity working to stop animal suffering and protect threatened species in the wild, counters that “Individuals matter.”

“Each one may have survival knowledge to pass on or cultural intelligence, important for social cohesion,” he said. “But individuals also matter because they have a right to life. They are not the pawns of one species—our own—bent on playing God and dressing it up as modern wildlife management.”

Trophy hunting flies in the face of a precautionary approach to wildlife management.

In an interview with CNN in May, Jeffrey Flocken said that “from a biological perspective, trophy hunting not only flies in the face of a precautionary approach to wildlife management but in some cases has also been found to undermine it.

“Hunters are not like natural predators, Flocken said. “They target the largest specimens, with the biggest tusks, manes, antlers, or horns.”

In the U.S., a Synovate eNation poll in 2011 found that more than 70 percent of Americans would pay to view lions on an African game-watching safari and that not even 6 percent would pay to hunt them.

In Mozambique from 2012 to 2013, revenue from wildlife tourism tripled, to three million dollars.

The World Bank believes sport hunting will supplement these earnings. But Alejandro Nadal, an economics professor at El Colegio de Mexico who also co-chairs the International Union for the Conservation of Nature’s Theme on the Environment, Macroeconomics, Trade and Investment, doubts that trophy hunting would bring any significant additional benefit to rural communities.

Nadal says no thorough, credible studies have been done of how much revenue would be generated, let alone the amount that would find its way past corrupt officials and end up in the hands of local communities.

Poachers and smugglers in Mozambique, meanwhile, have had unimpeded access to weapons, protected areas, and passage across borders and out of the country via ports and airports.

On June 1, police detained five Chinese citizens in the southern district of Moamba in possession of two large caliber firearms of the type used to kill elephants and rhinos. Two weeks earlier, on May 14, authorities arrested two Chinese in Maputo with a cache of 65 rhino horns and 340 elephant tusks—the largest seizure in the country’s history.

Days later, however, it was discovered that 12 of the horns had vanished from the strong room in the capital, replaced by replicas made of cattle horns. Eleven people, some believed to be government workers, have since been arrested.

In April 2014, the United States Fish and Wildlife Service announced the temporary suspension of all imports of sport-hunted elephant trophies from Zimbabwe and Tanzania, citing concern that the two countries showed “a significant decline in the elephant population.”

The statement concluded that sport hunting of elephants in Zimbabwe and Tanzania “is not sustainable and is not currently supporting conservation efforts that contribute towards the recovery of the species.”

In March, USFWS made the ban on elephant trophies from Zimbabwe permanent.

Australia has banned the import of trophy-hunted lions, while the European Union has just adopted stronger restrictions on trophy imports for a number of big mammals.

They join Air France, KLM, Singapore Airways, and Qantas, which also have bans on tiger trophies. On May 31, Lufthansa Cargo declared the immediate suspension of shipments of hunting trophies, and British Airways and Iberia Airlines cargo have just confirmed that they will not transport animal trophies of any kind.

On the question of sport hunting, IFAW’s Jeffrey Flocken says that “When a species’ greatest value is as a dead trophy, its days will inevitably be numbered, just as they are when the value of their parts—like ivory tusks or rhino horn—makes protection from poachers nearly impossible.”

This article was first published by National Geographic on 08 Jul 2015. Lead Image: A scene to be celebrated: Elephants going about their business at sunset in Mozambique’s Niassa Natural Reserve.
PHOTOGRAPH BY KRISTEL RICHARD, SOPA RF/CORBIS.

We invite you to share your opinion whether killing more elephants can actually help to save them? Please vote and leave your comments at the bottom of this page: