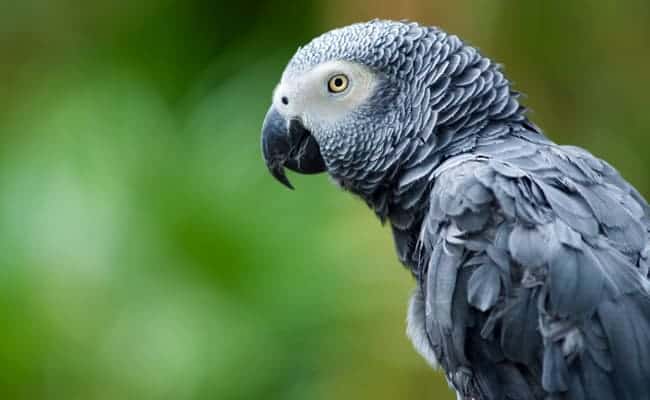 African grey parrots are gorgeous birds who are well-known for their incredible intelligence that’s considered to be on the same level as a small child, and for their amazing ability to learn and mimic human speech. Unfortunately, the qualities that make us want them are also causing major problems for them.

The demand for African grey parrots, who are native to east, central and west Africa, has led them to become one of the world’s most heavily trafficked birds. Heartbreaking footage that was recently released by the Wildlife Conservation Society (WCS) shows the toll the demand for the pet trade has continued to take on them.

According to WCS, the birds were confiscated from traffickers in the Republic of Congo where thousands of individuals were destined for the pet trade. They were likely headed for the Democratic Republic of Congo, where they go before being sent to markets in Europe and the Middle East.

Thankfully the individuals who were confiscated were taken to a rescue and rehabilitation facility built by WCS where they were treated for injuries, and other issues, before being prepared to return to the wild. Although many didn’t survive the stress of the ordeal, nearly 900 of them have already been set free.

“It was heartbreaking to see so many injured parrots struggling to stay alive,” said David Oehler, Curator for Ornithology with WCS’s Bronx Zoo. “The WCS Congo veterinary staff is making heroic efforts to save as many parrots as possible, and we were honored to provide our expertise and assistance.”

According to WCS, prices for African grey parrots have quintupled over the last year, which has caused a worrying increase in trafficking. Sadly, the demand for these birds continues to put the species at risk, and causes immeasurable suffering to individuals who are torn from the wild. The organization noted that conservationists estimate that for every one that makes it to a pet store, 20 others lose their lives.

Data from the legal trade shows that more than 1.3 million African grey parrots were exported from range states between 1982 to 2001, but given how many don’t survive, the actual number is estimated to be far higher.

Many conservationists have concerns that if what’s happening to them continues, it may push them to the brink.

Those concerns led to a major victory for their advocates last year at the 17th meeting of the Conference of the Parties to CITES (CoP17) in Johannesburg, South Africa, where they were moved from Appendix II to Appendix I, which bans their international commercial trade, but enforcement is still clearly a major problem.

The plight of African grey parrots will be addressed again at the next CITES Standing Committee in Geneva being held at the end of the month. Hopefully more will be done to ensure they are protected from the illegal trade and the footage will help raise awareness about how detrimental the pet trade is to both individuals and the species as a whole.

For more on how to help, check out the Wildlife Conservation Society’s Parrots in Peril campaign.

We invite you to share your opinion whether African Grey Parrots should be protected from illegal trafficking? Please vote and leave your comments at the bottom of this page.