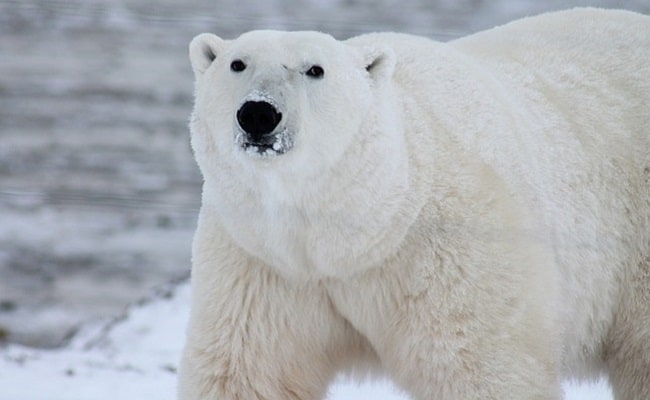 There are only about 25,000 polar bears remaining on this planet, and we lost another one late last month. This time it wasn’t because of the lack of ice due to global warming, but it was due to yet another threat created by humans: Arctic tourism.

Tragically, the polar bear lost his life for doing what polar bears do naturally — protecting his territory on Spitsbergen, the northernmost island of the Svalbard archipelago, located in the Arctic Circle between Norway and the North Pole.

A group of tourists, perhaps more interested in photo opportunities than the welfare of these vulnerable animals, were going to be escorted off a MS Bremen cruise ship by armed staff members called “polar bear guards.”

When the polar bear attacked one of the guards and “attempts of the other guards to evict the animal, unfortunately, were not successful,” one of the guards shot and killed the bear “in an act of self defense,” according to a statement from Germany-based Hapag-Lloyd Cruises, the company that operates the ship.

The guard who was attacked was flown to a hospital and treated for a head injury that was not life threatening.

The polar bear shooting drew widespread condemnation on social media, with some calling it “abhorrent” and others questioning killing the polar bear for “acting like a wild animal” https://t.co/FXnVj1HE7M

All cruise ships traveling in this region are required to have polar bear guards. Too bad the polar bears can’t have guards of their own, especially since the Arctic tourism industry is booming, putting more of these animals in danger.

Just how popular is Arctic tourism?

The week after the polar bear was killed, 18 cruise ships were scheduled to dock at the Arctic port, the Associated Press reports.

Hapag-Lloyd Cruises has been in operation since 1891, when it offered “the world’s first-ever ‘pleasure cruise,’” according to its website. “Continue on where others turn back,” says the heading on the company’s Expeditions web page. “Explore untouched regions and come face-to-face with natural and cultural wonders on innovative, award-winning routes,” it says in regard to the MS Bremen and another cruise ship.

In its statement regarding the killing of the polar bear, Hapag-Lloyd Cruises said its customers only observe polar bears from a safe distance while aboard cruise ships. When the ships dock, the polar bear guards go ashore and set up a land station, checking to make sure there are no polar bears around. If they see one, the shore leave is stopped and passengers aren’t allowed to leave the ship.

“We very much regret this incident,” Hapag-Lloyd Cruises stated, adding that the company “is very aware of its responsibility when travelling in environmentally sensitive areas and respects all nature and wildlife.”

The protection of environmentally sensitive polar bear habitat is a prime concern for animal experts and groups like the World Wildlife Fund. A 2015 global re-assessment of these animals by the IUCN Polar Bear Specialist Group found a high probability that the global population will decline by more than 30 percent over the next 35 to 40 years – and that’s because of climate change, not Arctic tourism.

If Hapag-Lloyd and other cruise ship companies that profit from Arctic tourism truly respect nature and wildlife, they should stop allowing their customers to “explore untouched regions” and put an end to these cruises.

Polar bears are facing enough challenges without tourists encroaching on what little is left of their habitat. Please sign and share this petition telling Hapag-Lloyd to cancel their Arctic cruise.

We invite you to share your opinion whether Arctic cruises should be banned to protect wildlife? Please vote and leave your comments at the bottom of this page.