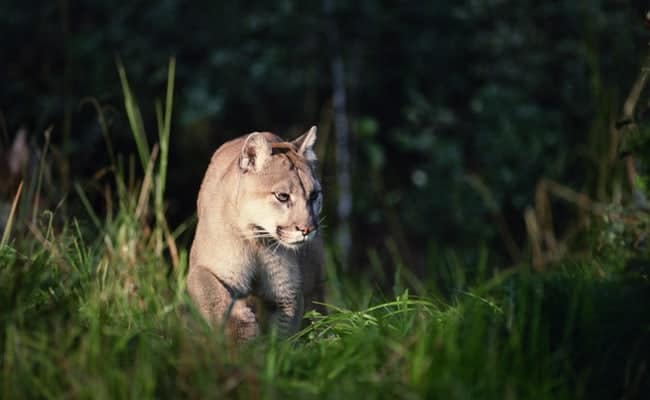 Voters in Arizona could soon have the chance to protect wild cats in the state from being senselessly killed for sport thanks to a ballot measure that was just launched in the state.

Arizonans for Wildlife, a coalition of dozens of animal advocacy and conservation organizations and state lawmakers, recently filed a ballot initiative with the Arizona Secretary of State’s office that aims to protect wild cats in the state, including mountain lions and bobcats, from being targeted by trophy hunters who use some of the cruelest hunting methods around.

According to the coalition, Arizona currently ranks sixth in the U.S. when it comes to the number of mountain lions who are killed by trophy hunters every year, and bobcats who are targeted for their fur can be hunted in unlimited numbers.

They tragically face being shot, trapped with steel-jawed leg hold traps, body-gripping traps, snares and cages, being baited, and chased by hounds. Not only are these methods cruel and unsporting, they’re also indiscriminate and put other non-target species and dependent young at risk.

Not only will this measure protect bobcats and mountain lions from being senselessly killed, it will also protect jaguars, lynx and ocelots, who are all currently federally protected species, but are at risk of being accidentally shot, trapped or killed by hounds, and it will ensure that they are never targeted in the future.

“If passed, this initiative will spare thousands of Arizona’s wild cats from a cruel death at the hands of trophy hunters and trappers, who chase down these animals with packs of hounds, and trap them with barbaric steel-jawed, leg-hold traps and snares.

It will also spare the dependent kittens, who are often left behind as a result of trophy hunting, from an agonizing death by starvation, predation or exposure,” said Kellye Pinkleton, campaign director for Arizonans for Wildlife and the Arizona state director of The Humane Society of the United States. “Trophy hunters kill these wild cats for nothing more than to display their heads or hides, and Arizonans don’t want to see their iconic species subjected to such pointless cruelty.”

Killing these wild cats isn’t about subsistence, wildlife management or even hunting, but about killing for amusement, trophies and personal gain, all while ignoring the valuable role our native carnivores play in maintaining healthy ecosystems. Still more troubling is that the onslaught against them is believed to run counter to the goal of reducing conflicts with us by disrupting family groups.

These wild cats pose little risk to us –mountain lions have even been found to flee from just the sound of our voices – and the measure includes exemptions for situations where a cat is posing a threat.

Supporters still needs to collect 150,642 signatures by July 5, 2018 to qualify for the November 2018 election, and there’s already opposition from the hunting crowd.

For more on how to help, check out Arizonans for Wildlife.

We invite you to share your opinion whether Arizona’s wild cats should be protected from trophy hunters? Please vote and leave your comments at the bottom of this page.