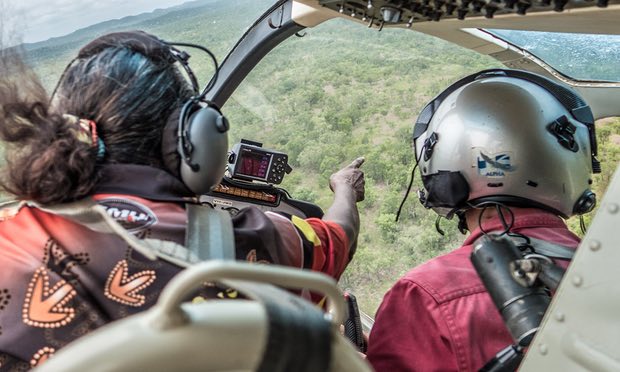 More than 6,000 wild horses, buffalo, pigs and donkeys have been killed in Kakadu national park as part of a new feral animal management plan negotiated with traditional owners.

It is the first aerial cull conducted in the park since 2009, when 6,000 animals were killed as part of ongoing efforts to keep feral animal numbers under control.

The number of feral animals in the park has risen to more than 30,000 in recent years, Kakadu national park’s manager, Pete Cotsell, told Guardian Australia, with between 12,000 and 15,000 head each of horses and water buffalo, increasing at a rate of 25% a year.

Both species were introduced to the Northern Territory in the 19th century and cause significant damage to fragile waterways and floodplains, which have become overrun with weeds as native grasses are grazed out.

“It really got to the point out there where they started to do some quite significant damage,” Cotsell said.

It is the first aerial cull since 2009, after culling was stopped in response to opposition from traditional owners who jointly manage the national park with the Australian government.

Cotsell said the new culling program had been negotiated with Bininj/Mungguy traditional owners as part of a plan that will include mustering some of the feral animals for live export and harvesting more for the pet meat trade.

The latter options would provide commercial opportunities for traditional owners and also ensure enough animals were left to support subsistence hunting, Cotsell said. “We will never get all of them but if we can bring that down to 10% or 20% of what it is now it will help the environment significantly,” he said.

The helicopter shooting was conducted at inaccessible areas of the park and areas of greatest environmental concern.

The helicopter made three passes: one to count the animals and check for any safety risks, one to shoot, and a final pass to check that no animals had been left badly injured but alive.

Aerial shooting is used to cull herds of feral camels in central Australia and feral horses in the Victorian Alps. Unlike in the Snowy Mountains in New South Wales, there has been no history of mustering the Kakadu brumbies for sale.

Scientists last year pushed for a cull of more than 5,000 brumbies in the Snowy Mountains – representing 90% of the feral horses in Kosciuszko national park – drawing protests from brumby lovers and animal activist groups.

Aerial culling has been banned in NSW for more than a decade after a public outcry after the shooting of more than 600 horses at Guy Fawkes River national park in 2000. It is still carried out in Queensland, Western Australia and the Northern Territory.

This article was first published by The Guardian on 17 Mar 2017.

We invite you to share your opinion whether Australia’s population of feral horses should be controlled by aerial culling? Please vote and leave your comments at the bottom of this page.