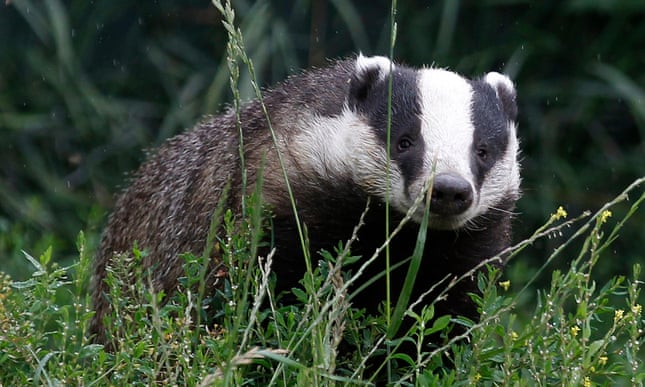 The government will extend the badger cull to Dorset as part of a drive to limit tuberculosis in cattle, it was announced on Friday. The announcement follows controversial pilots in Gloucestershire and Somerset running over the past two years, with Natural England issuing licences to companies that permit six weeks of continuous culling in the three areas until January.

George Eustice, minister of state for farming, said: “England has the highest incidence of [bovine] TB in Europe and that is why we are taking strong action to deliver our 25-year strategy to eradicate the disease and protect the future of our dairy and beef industries.

“This includes strengthening cattle testing and movement controls, vaccinating badgers in the buffer zone around high-risk areas, and culling badgers where the disease is rife. Our approach of dealing with the disease in cattle and wildlife has worked overseas and is supported by leading vets.”

The decision was widely criticised by animal rights campaigners, who say the cull is inhumane and ineffective. Musician and animal rights activist Brian May announced that he will challenge the decision in the high court.

The British Veterinary Association (BVA) has supported the cull in the past, but have criticised the methods more recently as being neither humane nor effective. An independent assessment of the pilot culls in 2013 came to the same conclusion. The BVA recommended that badgers should be trapped and shot rather than killed through “controlled shooting” in the wild. Last year’s cull in Gloucestershire missed its target, with the Somerset pilot just making the minimum.

Queen guitarist May, who launched the Save me Trust said: “It’s certain that most of the murdered badgers are perfectly healthy, and free of bovine TB, but since the government has refused to test any of the dead badgers in the pilot zones, this cannot be proved. This is a tragedy for our farmers, cattle and wildlife; the scientific advice has been ignored by ministers with more badgers set to die again this year. This awful policy must be put to bed now, in favour of a policy that really will address the TB problem in cattle.”

The National Farmers’ Union say that bovine TB led to the slaughter of 32,800 cattle last year, while the government says it costs the taxpayer £100m annually in the most affected areas of England.

NFU president Meurig Raymond said: “Bovine TB remains a huge problem for beef and dairy farmers across the south-west, large parts of the Midlands and beyond. Thousands of cattle farmers are fighting a daily battle against the spread of this disease. The NFU believes the strategy – the first comprehensive plan to tackle bovine TB in England – gives us the best chance of controlling and eradicating this devastating disease and it is vital it is implemented in full as quickly as possible.”

Wildlife broadcasters joined activists in criticising the move. Naturalist and BBC broadcaster Chris Packham said: “There are plenty of reasons to oppose the culling of badgers but underpinning them all is the fact that the science says, indeed all the scientists say, that it’s the wrong thing to do.”

This article was first published by The Guardian on 28 Aug 2015.

We invite you to share your opinion whether badger culls should be abandoned once and for all? Please vote below and leave your comments at the bottom of this page: