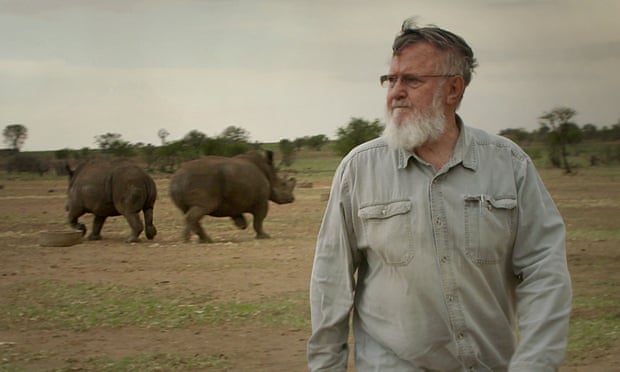 Trophy is a documentary about the highly commodified and macabre ultra-luxury sport of “canned” trophy hunting, in which legally restricted big-game hunting events in various African countries are auctioned off for colossal sums to rich people, often from the United States.

These smug types want to play at being the great white hunter but have everything laid on for them, so they get an easy kill.

Just as with Safari, Ulrich Seidl’s recent documentary about the same subject, it is impossible to watch this without boiling with rage as these grotesque, pampered beta-males preen themselves over the animals’ corpses, occasionally blubbering sentimentally.

The film has a stomach-turning scene at a hunters’ convention held at the Mandalay Bay hotel in Las Vegas (the site of the recent mass shooting).

There is a debate to be had – and this film conscientiously airs it – about whether touristified hunts play a role in conservation.

Prominent among the interviewees is South African rhino farmer John Hume, who makes this case, campaigning for a reverse on the ban on selling rhino horn, which he claims merely stimulates poaching and the ancillary black market (although the same could be said about legal hunts).

He periodically cuts off his animals’ horns to save them from poachers’ attentions, but, instead of burning the results the way people do with elephant tusks, Hume stockpiles them in a secure facility, amassing a staggeringly valuable haul, which puts his campaign in a very different light.

It’s a film to raise your blood pressure.

We invite you to share your opinion whether big-game and canned, trophy hunting should be banned? Please vote and leave your comments at the bottom of this page.