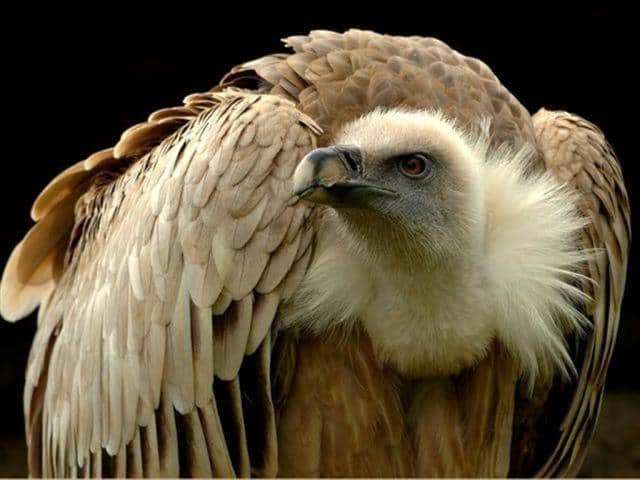 Would you care if vultures were dying because of a man-made drug? Meet a man in Spain who really cares about vultures—so much so that he travels great distances and climbs rocks to feed them.

The majority of Europe’s vultures live in Spain, and these vultures are in danger of being decimated, following the country’s legalization in March 2013 of two products that contain the drug diclofenac, which is used as an anti-inflammatory and painkiller in cows and other livestock.

The drug is blamed for killing upwards of 99 percent of vultures in India in a single decade. Vultures play an important ecological role in disposing of dead animals.

And they die within a few days after eating the carcass of an animal recently given diclofenac.

Now that you have watched the video – we invite you to share your opinion whether Diclofenac should be banned? Please vote and leave your comments at the bottom of this page:

In the event that you voted to ban Diclofenac  please sign the petition:

I wrote an article on this self same subject November 2015. Repeat on my blog at the time. Link here: http://spanishnature.blogspot.com.es/2015/11/eu-inaction-threatens-vultures.html

There's no question about Diclofenac being banned. The effect of the deaths of vultures in India has been catastrophic in so many ways

ANYTHING that can indiscriminately kill anything needs to be banned, There are to many chemicals, poision, and pesticides in out world!!

A magnificent bird! People always have to hate something be it wolves, pitbulls, whatever ………..!

Sorry to say, but I expect the Spanish politicos to do this! They still enjoy bull fighting ete, do they not

Stupid people who think they know better than nature

Surely they have an alternative to help the cows, if they knew this vile poison would effect the vultures why did they use it…..so easy to kill that's all humankind can do it's the first solution. Time for them to think what they are doing and take a more compassionate view of all life…….

rhetorical question….I signed petition awhile back – sickening to kill all these magnificent birds because of man-made poison.

I agree with everyone here, but, what would be given to the cattle that suffer pain? I'm sure there is another type of medication that can be used instead of Diclofenac.
My dream would be to allow ALL Animals to live free from human compulsion 🙂 <3

I agree with you Brenda. Every animal is here for a reason and a purpose. Just like sharks are misunderstood and hunted, vultures are majorily misunderstood too .

to the vulture a
terrible fate has
been assigned.
this magnificent bird
misunderstood and
maligned.
this carrion eater
has a huge job
to do,
cleaning up after
all the mes and the
yous.
but man has the most
ignoble distinction
of almost poisoning
this great bird
into extinction.
in this"master plan"
he has allowed disease
to flourish and spread.
when vultures could
be tidying up this
soup instead.
so please everybody
before it is too late,
stand up for these
beautiful birds…
and advocate!

The insane thing is that the Spanish government approved this drug for use in cows knowing the impact it would have on vultures. As every day goes on it highlights that government only pay lip service to protecting wildlife. The second there is an economic argument for any particular measure the countryside and its wildlife takes second place to the great god Mammon. Capitalism is incompatible with wildlife (and pretty shit for humankind globally).

Every animal is here for a reason and purpose. They are what make the web of life. When man starts breaking the web it upsets the delicate balance of life itself.

The only place for this vile poison in on the disgusting people who want to use in on these birds!