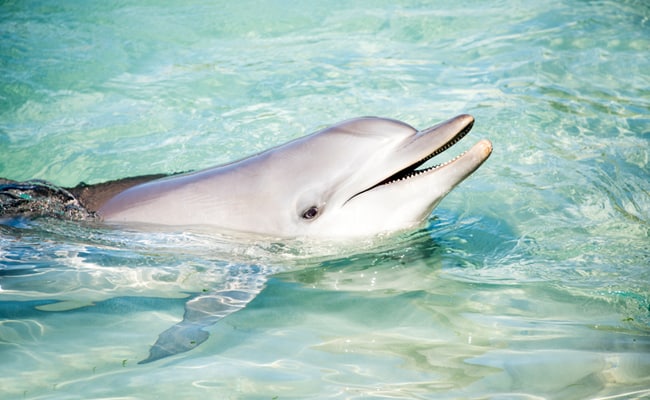 In another tragic loss for captive cetaceans, a second bottlenose dolphin has died in less than a year at Dolphinaris in Arizona.

Despite massive public opposition, Dolphinaris opened in Scottsdale in 2016, offering a range of opportunities to interact with dolphins there. Sadly, over the past eight months, two of its eight dolphins have already died.

The facility just announced the death of Alia, a 10-year-old bottlenose dolphin, adding in a statement, “The exact cause of death has not yet been determined. Alia had displayed some unusual behaviors in last few days and she was being monitored. She was under continual care by Dolphinaris staff and veterinarians. A necropsy will be performed, and the results will be reported and shared in the coming weeks when they become available.”

According to the Dolphin Project, Alia was born at SeaWorld Orlando in 2007. She spent her short life being transferred around between facilities, first being moved to Discovery Cove in Orlando, and then Six Flags Discovery Kingdom in California, and finally to Dolphinaris in 2016.

Alia’s death follows the loss of Bodie, who passed in September 2017 one year after arriving at Dolphinaris. His cause of death was reported as a rare muscle disorder, but some suspect it was really from valley fever.

Serious concerns about the risk of contracting valley fever in Arizona’s desert environment were raised long before Dolphinaris even opened. It’s a fungal disease that can lead to deadly respiratory infections in dolphins, especially when their immune systems are already compromised by the stress associated with captivity.

“Bodie’s death was tragic and preventable and it’s likely that Alia also died from respiratory disease. Dolphinaris needs to provide the public with accurate, comprehensive information regarding the illness and death of Bodie and Alia, as well as information on the current health status of its remaining captive dolphins. We will continue to seek information on these senseless deaths and the welfare of the remaining dolphins,” the Animal Defense League of Arizona said in response.

Despite the risks, and many other known problems associated with keeping dolphins in captivity and allowing the public to interact with them through swim-with programs, this facility was allowed to open and now two more of these amazing animals have paid with their lives – for nothing more than a company’s selfish desire to exploit them for money.

Dolphins aren’t cute little playthings, performers or ambassadors; they’re highly intelligent, social, far-ranging predators. Sadly they are continuously treated like commodities by the captivity industry, who are taken from the wild, bred in captivity and shipped around with little regard to their well being. Ultimately, they spend their entire lives being deprived of everything that would enable them to truly thrive.

Hopefully what happened to Bodie and Alia will help raise more awareness about the many troubling issues surrounding keeping dolphins in captivity, and encourage more people never to visit any facilities that exploit them this way, regardless of what they claim their mission is. Dolphins don’t belong in the desert, or in tanks anywhere, but the problem isn’t going to end until people stop buying tickets to see them.

We invite you to share your opinion whether dolphinariums should be banned and closed down? Please vote and leave your comments at the bottom of this page.